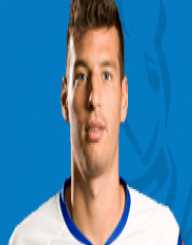 Bruno Perone one of the most talented young footballers in Brazil& the World. Perone started playing the game early in his life. The highly gifted player soon perfected his skills as a central defender and found his way to some of the famous Brazilian football clubs. Having played for many years with more than seventeen football clubs both locally and internationally, Bruno Perone is, undoubtedly, a highly experienced football player. He has a three-star skill moves rating, weighs 85kgs and uses his right foot.

His height is 1.92 meters (six feet and four inches), and Teixeira Players Management manages him.

Bruno Perone was born on July 6, 1987, in Sao Paulo, Brazil. His star sign is Cancer. He started his career as a football player in the year 2006 and was signed by JMalucelli B (a Brazilian football club) where he played until January 1st, 2007 before joining JMalucelli (the club’s main team). After a successful two-year period with the club, he moved, on a free transfer, to Tombense Football Club (still in Brazil) and played for only one month and was sent to Mirasol (SP) on loan on 1st February 2010.

Bruno Perone’s career took off on 11th August 2011 when he joined Queens Park Rangers on loan from Tombense (giving him a chance to play in one of the world’s most competitive Premier leagues, i.e., English Premier League). On 23rd August 2011, he made his debut for QPR in a League Cup game against Rochdale. He later earned his Premier league debut (just four days later) against Wigan Athletic and played the entire match. Bruno Perone left Queens Park Rangers on 6th June 2012. Although he was reported to have been on trial with Nottingham Forest, nothing came of the trial period, and he went back to Tombense. On 1st January 2013, he moved to License (another Brazilian Club) on loan where he played until the end of the loan and returned to Tombense football club on 1st May 2013. He also played for Icasa (on loan) and later for ABC (another local club) after a free transfer from Tombense.

On 1st January 2015, Bruno Perone was signed to Novorizontino football club following a free transfer from ABC. Bruno Perone played for this club until August 2015. On 17th August 2015, Bruno Perone signed for Kerala Blasters FC, an Indian Super League franchise, where he played for five months. On 23rd February 2016, the Brazilian defender joined Wilmington Hammerheads FC (a United States of America football club) on a free transfer from the Indian club. Bruno Perone played with the US club for almost one year. After an impressing trial, Perone accepted and signed a six-month contract with Gymnastic de Tarragona on 2nd January 2017.

Bruno Perone currently plays for this Spanish club and his contract is expected to expire on June 30th, 2017. He has scored one goal during his active football career. Besides, he played a total of eight Campeonato Brasileiro Serie A games for Figueirense.

Despite being a successful and popular football star, Bruno Perone has surprisingly managed to keep his own life private.

His family has also avoided media attention. Not many details about his personal life are available except for his birthdate and hometown.