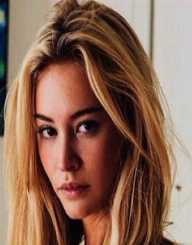 Born on July 12, 1992, Bryana Holly is an American model and a rising social media star. Her striking and sexy looks speak much volume of how she has become a social media freak with a high number of followers. As a model, the gorgeous and sensational diva has worked with modelling and talent agencies like Wilhelmina Models, Los Angeles, No Ties Management, San Diego and One.1 in New York. She has been featured in Playboy Magazine and also on Maxim as the Instagram Girl of the Week.

Her presence on Instagram is outstanding with over 1.7 million with 460 posts and about 218,000 followers on Twitter. Holly’s popularity surged when his relationship with American TV personality and model, Sam Brody Jenner became known. Sam is the brother of celebrities like Kim Kardashian, Kylie Jenner, and Kendall Jenner. She has also been linked Ashton Irwin, a drummer of Australian rock band 5 Seconds of Summer.

Bryana Holly was born on July 12, 1992, in Huntington Beach, California in the United States of America. Her early life, education, and other things are not in the public domain, but it is known that she is very close to her family.

Bryana Holly started a career as a fashion model before jumping onto social media to rise to stardom. As a renowned model, she has worked with top model and talent agencies like No Ties Management’ San Diego, ‘Wilhelmina Models’ Los Angeles/Miami, and One.1 in New York. Her outstanding beauty speaks for itself, and it is no wonder she has gained much fame in the modelling world. In 2012, she was named Miss September by the TransWorld Surf magazine. Holly’s dazzling beauty gained her a place in the reputable American men's lifestyle and entertainment magazine ‘Playboy.’ She was also tagged on the magazine’s app as God Given Gorgeous.

In 2013, Bryana Holly was featured in the retailer, Zooshoo Fall 2013 lookbook. She was also featured on the retailer Gypsum winter 2013 and spring 2014 catalogue. She starred on the cover of the Lifestyle magazine Fit for Fun during 2013, May and June editions. The beautiful diva's glittering body found itself in swimwear as she featured in an advertisement for the Californian lifestyle brand, Fede Swimwear byDiana Marcotrigiano.

Holly took her popularity to social media, and that turned out to be like magic. Her postings on Instagram were instantly met with love and had since become an Instagram sensational with over 1.7 subscribers. Her Twitter account too is up and counting with currently over 218,000 followers.

Bryana Holly has played her cards very well when it comes to her relationship. She ensures that she lures famous personalities with her glaring beauty and rock on their fame to also get recognition. She romantically attracted television personality, Sam Brody Jenner, into her folds and that gained her a good press, probably increased her number of followers on social media. Though Sam is famous in his own right, he is a brother the ever-gorgeous reality television queen Kim Kardashian.

Holly and Sam never hid their relationship from the public as they took to social media pictures of them on vacation in Hawaii. This trip was not just an ordinary one but also one that spoke volumes of how close they were to each other. The romantic love story sadly ended after a Halloween party at the Playboy Mansion. There are also rumours that she may have dated famous American actor and film producer Leonardo DiCaprio as they were seen together in October 2014. That same year she was also seen with James Douglas Packer, an Australian businessman, and philanthropist.

Bryana Holly later moved on with a drummer of the Australian rock band ‘5 Seconds of Summer’ member Ashton Irwin in 2015. The two made their relationship formal as she visited Irwin and his family during Christmas that year in Sydney Australia. They had previously visited Disneyland in January same year.