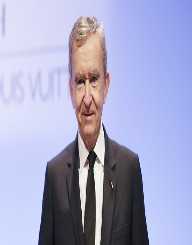 Jorge Paulo Lemann was born on August 26, 1939, to Paul Lemann and Anna Yvette Truebner in Rio de Janeiro, Brazil. His father was a Swiss immigrant and was the founder of dairy manufacturer ‘Leco.’ His mother was mainly a Brazilian of Swiss origin. He received his high school education by attending the American School of Rio de Janeiro. He lost his father in his early teens. Paul Lemann passed away in a bus accident in 1953, when Jorge was only 14 years old.

From the warm sunlit beaches of Rio de Janeiro, Jorge Paulo Lemann moved to the Boston city of America, which is too cold according to his utterances. There he enrolled himself at the Harvard University to study Economics. He duly completed his Bachelor of Arts with a major in Economics in 1961. He was a champion tennis player having won the 'Brazilian National Tennis Championship' five times. He participated in the Davis Cup team of both Brazil and Switzerland and even played at Wimbledon.

Jorge Paulo Lemann landed his first job as a trainee in the multinational financial services company 'Credit Suisse' in 1961. He worked there until 1962. For the first time, he invested in a lending company called Invesco with a 2% share in its equity in 1966. Unfortunately, the company went bankrupt. In 1971, Lemann along with Carlos Alberto Sicupira and Marcel Herrmann Telles started an investment banking firm in Brazil titled ‘Banco Garantia.’ Few weeks after the establishment of the firm, there was a massive market crash. However, steering valiantly through the crisis Lemann was able to establish his company as one of the most sought after, prestigious, acclaimed and ingenious investment banks of the country.

Gradually, Banco Garantia garnered so much reputation that Forbes compared it with Goldman Sachs and described it as the Brazilian version of the same. In 1990, Jorge Paulo Lemann became associated with the Brazilian beer company ‘Brahma’ as a member of the Board of Directors and soon became one of the Board Directors of the company. His association with the company continued till 2001. He sold his company Banco Garantia to Credit Suisse First Boston in July 1998 for $675 million, 27 years after its inception.

Jorge Paulo Lemann and his partners later founded a private equity company called GP Investimentos and bought a controlling stake of Brahma beer and Companhia Antarctica Paulista, the two top Brazilian breweries. These companies were merged and were brought under a single entity called AmBev. In August 2004, AmBev was again amalgamated with Interbrew, a brewing company of Belgium and a new company titled InBev was formed after the merger. The value of the equity share of InBev soon rose to 40% under the stewardship of Lemann. By 2004, the company started controlling 65% of the Brazilian beer market and around 80% of Argentina’s. The company was in a monopoly position in Paraguay, Uruguay, and Bolivia.

In 2004, Jorge Paulo Lemann along with his three long time business partners Marcel Herrmann, Carlos Alberto Sicupira and Robert Thompson Motta started an investment company called ‘3G Capital’. In 2008, InBev acquired the American Brewing giant Anheuser-Busch for $46 billion. Anheuser-Busch is the manufacturer of beer brands like ‘Budweiser’ and ‘Budlight.’ The acquisition merged InBev and Anheuser-Busch, and a new company was formed titled Anheuser-Busch InBev (abbreviated as AB InBev), and it became the world’s largest brewing company after the merger. Thus began Lemann’s recognition as one of the Kings of Beer.

In 2010, Lemann’s company 3G capital acquired the stocks of ‘Burger King Holdings, Inc.’ The acquisition included all the outstanding debt of the company. At the rate of $24 per share, the deal was worth $4 billion. In 2013, 3G Capital acquired the ‘H.J.Heinz’ company for $28 billion including the company’s outstanding debt. The acquisition was made in association with Warren Buffett, the business mogul. Lemann was a former board member of ‘Gillette,’ an international brand of men’s product involved mainly with the production of men’s safety razors. He is also a board member of Lojas Americanas S.A. On March 25, 2015, H.J. Heinz Company merged with ‘Kraft Foods Group, Inc.’ and the company was named ‘Kraft Heinz’ company after the merger.

At present, Jorge Paulo Lemann is a Director of the Brazil office of an international non-profit organization called Endeavour. Its work is to search, find and support high-impact entrepreneurs in emerging markets.

Jorge Lemann married his first wife Maria de Santiago Dantas Quental who was a psychoanalyst. She died in April 2005 at the age of 60.

He tied the nuptial knot for the second time, this time with Susanna Lemann and the couple became proud parents of three children in addition to Lemann’s two from the first marriage. In 1999, there was an attempted kidnapping of his children on their way to school. However, his children escaped the attempt. After the incident, Lemann along with his family left Brazil and settled permanently in Switzerland.

Jorge Paulo Lemann is a charitable person and has donated substantial amounts to many nonprofit organizations like ‘Fundacao Estudar’ and ‘Lemann Institute for Brazilian Studies.’ He has a sponsored professorship at the Harvard University which is named after him. Lemann is a very private person averse to public appearances and rarely available for interview. He is not a very known figure in America. However, in Latin America particularly in Brazil, he is recognized as a ‘Business Class Hero.’