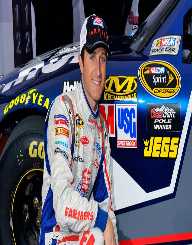 Perseverance and ample diligence have made Kasey receive high accolades in the sports industry. He is regarded as one of the NASCAR’S ever-radiating star. In his five seasons, he has proved his effort of brilliance at NASCAR’s community. He is admired by all age, thanks to his elite level performance. His versatility proved others wrong when he won an All-Star Race at the Lowe’s Motor Speedway event. He has passed a lethal racer gem stage, and his trait is one of a kind. If you have never met a down-to-earth personality, allow me to introduce you to one; Kasey Kahne.

On 10th April 1980, Kasey Kahne was born in Enumclaw, Washington, United States. His parents Kelly Kahne and Tammy Kahne wanted the best for their three children; Kale, Shannon, and Kasey. At his tender age, Kasey loved cars, and he came to fall in love with the racing field. It was easy for her at the start, considering his father owned countable cars. He took it as an opportunity to fathom further as he was used in fast cars. At 18 Kahne learned to race with different car models. He participated in several competitions and received the USA Midget Series Driver of the Year award. From 2000 to 2001 Kasey garnered the Night before the 500 award.He became famous for winning the first back to back competition.

Former Bill Elliot was also in the car racing industry till when he opted to retire and give way to another car-racing enthusiast. Luckily the owner of Bill’s car; Ray Elliot wanted a down to earth person like him. There and then he was picked and went for several runs and trials. Long-term NASCAR fans criticized with Ray’s move but they didn’t have any other option. His car racing background started to bear fruits. When NASCAR’s opportunity called, he jumped at the chance without having a second thought. The replacement was done in 2004, and Kasey topped the nonpareil levels. As a starter, Kasey finished second in the Nextel Cup. Over his seven races, Kahne finished third hence adding incredible pole both at Darlington and Las Vegas. Without a doubt, Kasey’s career is on the higher rise. In his 2007 season, Kahne already had 42 finishes combined with seven victories in the Nextel Cup Series.

In 1998 to 2002 Kasey Kahne became a world competitor in the All-Star Circuit of Champions, Northern Sprint, and Gumout Racing Series. He received the USAC Midget Series in 2001 hence earning the National Midget title. Kahne became the driver of the year by accomplishing four wins as well as ten top-five finishes.

During his free time, Kasey Kahne loves to spend his time at home with his friends and family. He loves to play basketball, outdoor grilling as well as working on his sprint cars. In 2005 Kasey formed Kasey Kahne Racing. When it comes to the Outlaw Sprint Car Series, Kasey loves to work with Brad Sweet who is his driver. Graig and Joey rule his Outlaw cars. Besides, Kasey loves philanthropic work including supporting the benefit concerts and sprints car races events. In his other side of life, Kasey married Samantha Sheets, and the couple has one child called Tanner Lee Kahne.