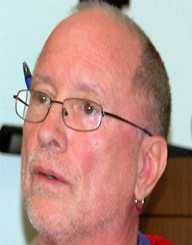 Bill Ayers was a human rights activist and a professor at the University of Illinois. With the aim of ending the war in Vietnam, Ayers formed the Students for a Democratic Society moment. His movement often used violence to achieve its goals. In 2008, Ayers was referred to as a terrorist by the conservatives because of his radical way of doing things.

He was brought up in Glen Ellyn in the suburb of Chicago. He was the middle-born among his five siblings, they all grew up together.

Bill Ayers attended public schools for the better part of his young age. With the aim of giving Ayers a better education, he was moved to Lake Forest Academy after two years in a public school.

Bill Ayers began his activism during his college days. He joined Students for Democratic Society, a movement that sought for political change and social justice in the U.S. He was put behind bars in 1965, for participating in an illegal protest but was released after ten days.

After college, Ayers continued with his activism changing SDS to a more profound and drastic group called Weatherman in 1969. He was elected as Education Secretary of Weatherman. He participated in planting a bomb to destroy a statue constructed in commemoration of police casualties in Haymarket in 1886.

In the early 1970s, after police cars had been bombed by the group, its leadership was sought by police and most including Bill Ayers went hiding. Weathermen was hit by a tragedy after three members, including Ayers girlfriend, were killed. The death of its members did not affect the group as it continued with its activities.

After the 1971 and 1972 bombings by the Weathermen, Ayers went hiding for almost ten years, only coming off after the birth of his first born son.

All charges against Bill Ayers were later dropped. He then resumed his education at Bank Street College to study early childhood education where he graduated in 1984 with a Master's degree.

In 1992, Ayers was invited to join the University of Illinois faculty in 1992. While working in the university, Ayers wrote several books including Six Teachers Reflect on Their Lives, the Journey of a Teacher, and A Democracy and Education Reader.

Bill Ayers' connection with Barack Obama was used by John McCain to portray a negative image in his quest to win the U.S. president. A section of the public in the U.S., perceive Ayers as a domestic terrorist who does not believe in the rule of law.

Bill Ayers is married to a former Weathermen member Bernardine Dohrn. The couple has two children together.