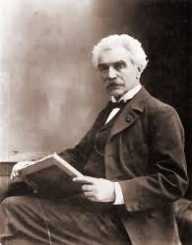 Jean-Léon Gérôme was a French painter and sculptor born in May 1824 and died in January 1904. By 1880, he was one of the famous sculptors globally and became quite prominent in his country. His major style was academicism. For over 40 years, Gérôme taught at École des Beaux-Arts. Among some of his initial paintings include the Infant Jesus, The Virgin, and Saint John and Anacreon. The great sculptor was awarded the Grand Order of the Red Eagle by Wilhelm I, the King of Prussia.

Jean-Léon Gérôme was born on May 11, 1824, at Vesoul, France. His father earned a living as a goldsmith.

In 1840, Gérôme studied under Paul Delaroche in Paris. Later, in 1844, he briefly took lessons from the atelier of Charles Gleyre. Thereafter, he joined École des Beaux-Arts. However, his attempt to join Prix de Rome failed at the final stage. Apparently, his drawing did not meet the standards required to join the institution.

Among some of his first paintings was The Cock Fight in 1846 which he painted for academic purposes. In 1847, it earned him a third-class medal after he submitted it to the Paris Salon.

Jean-Léon Gérôme was among the three professors appointed to teach at École des Beaux-Arts. He began by teaching only 16 students. However, over 2000 students had received art lessons from him between 1864 and 1904.

In 1865, Gérôme officially became a member of Institut de France on his fifth attempt. He also became a knight in the Légion d'honneur. Later, in 1867, he was promoted to be an officer.

The British Royal Academy elected him as an honorary member in 1869. Also, he later became the honorary president of Société des Peintres Orientalistes Français.

Gerome produced his painting Pollice Verso in 1872. It was among some of his finest arts which he sold at 80,000 francs to Alexander Turney Stewart. His turned thumb imagery has been used in many movies including Gladiator (2000 Oscar-winner)

Jean-Léon Gérôme began focusing on sculpture in his fifties. His first work was based on his 1872 painting, Pollice Verso. Thereafter, he also came up with another sculpture based on his 1848 painting Anacreon, Bacchus, and Eros. Other Sculptures followed, including Omphale in 1887 and Dancer in 1891.