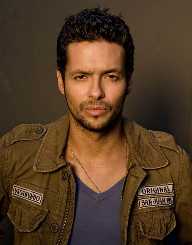 Draco Cornelius Rosa Suárez is a multi-award winning American born Puerto Rican singer and musician. Born on June 27, 1969, he is also a composer, record producer, and dancer. Rosa came to fame as a member of the Menudo band. After a successful stint with the group, he went solo and subsequently released two albums in Brazil. He later formed Maggie’s Dream band but went solo again after the band’s only album. Rosa has numerous albums to his credit. That aside, he has written songs for musicians like Ricky Martin, Ednita Nazario, and Julio Iglesias. In addition to music, Rosa has also been involved in acting. He made a debut in the film Salsa, in 1988, age 18.

Draco Cornelius Rosa Suárez was born Robert Edward Rosa Suárez on June 27, 1969, Long Island, New York, US. He was born to Sonia Suarez and Norberto Rosa both of Puerto Rican origin. His family relocated to Puerto Rico when he was a child. Roca grew up in Ponce and Peñuelas. Rosa became very fluent in English, Spanish, Portuguese, and German.

Rosa joined the Puerto Rican band Menudo in 1984. He mostly shared the stage with musician Ricky Martin, and as a result, the two formed a musical partnership. Rosa was the only member of the band fluent in the English language. Therefore, he sang lead vocals in most of the band’s English language song. This includes the hit song “Hold Me.” As time went on, Rosa became dissatisfied with the group. Several issues including not been allowed to write songs for the band drifted him away. He left the band in 1987.

After quitting the band, moved to Brazil, settling at Barra Beach, Rio de Janeiro. While there, he interacted with local artists to learn more about music. This led to the release of two Portuguese-language solo albums Robby (1988) and Robby (a.k.a. Ser Feliz) (1989). Afterward, he moved to Los Angeles to play the lead role in the film Salsa. He later appeared in the German film Gummibärchen küßt man nich alongside Christopher Mitchum. Rosa did not just act but also wrote the soundtrack of the film. Returning to his birth state, New York, Rosa formed the alternative funk rock/metal band Maggie’s Dream. The band released an eponymous album in 1990.

Rosa earned a contract with Sony Music Latin in 1993. The deal resulted in his debut Spanish album, Frio in 1994. At the same time, he worked on Ricky Martin’s album A Medio Vivir, with the pseudonym Ian Blake. He co-wrote and produced most of the songs on the album including Maria, which became a hit and made it to the Billboard Top 10. The two would work together on successive albums. After the success of Frio, Rosa released Vagabundo in 1996. Following this, he came out with the English version of Frio “Songbirds and Roosters” in 1998. He later released albums like Libertad del Alma (2001), Mad Love (2004) and Como Me Acuerdo (2004). Others include Draco y El Teatro del Absurdo (2007), Vino (2008), and Amor Vincit Omnia (2009). His most recent albums are Vida (2013) and Monte Sagrado (2018).

Draco Rosa married actress Angela Alvarado in 1990. The couple has two sons Revel and Redamo. On April 9, 2001, Rosa, Senator Luis Gutierrez, Robert Kennedy Jr., and Edward James Olmos were arrested for civil disobedience. They were part of a protest against the U.S. Government's use of Vieques as a military training site. Rosa fell into alcoholism and drug use after quitting Menudo. According to him drugs especially hallucinogens inspired his songwriting. He discontinued drug use in 2005.

Rosa received a diagnosis of a non-Hodgkin lymphoma cancer near his liver on April 25, 2011. He initially underwent alternative treatments at the Burzynski Clinic in Houston. However, he later received conventional treatment by undergoing chemotherapy and bone marrow transplant. On December 31, 2012, he was declared cancer-free after been quarantine in his California home for some months. However, on May 30, 2013, he suffered a relapse as confirmed by his manager on December 9, 2013. He had suffered a diffuse B-cell lymphoma, non-Hodgkin type cancer. Again, he successfully underwent treatment and became cancer free.