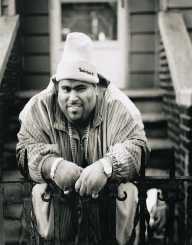 Big Pun didn’t get a chance to meet countless of his fans, and after 16 years, he is still celebrated. Others have gone to the extent of tattooing Big Pun’s name on their bodies. Besides his brief career, Big was a true father, an artist and out and out a friend. Looking back at his career, he was famously known as a Puerto-Rican American Rapper and a great actor. His debut album titled ‘Capital Punishment’ rose to number one in the Hip Hop and R&B category.

On 10th November 1971, Christopher Lee Rio was born in the Bronx, New York in the United States to Gail Tirado. Lee loved to play basketball and participated in boxing competitions. At his eighth grade, Big Pun met Liza; with whom she married in 1990.Together they had three children. Liza went to stay with Pun’s mother then Big moved to Miami to live with his great-grandmother. Life wasn’t easy in Miami that he had to keep himself busy by doing odd jobs. He later went to the Bronx and worked as a cargo loader. Fed up with his life and temporary jobs, Chris contacted his lawyer who was handling his case. As age 5, Rio broke his leg while playing at a municipal council in Manhattan. Together with his mother, they were anxiously waiting to be paid. The case was finally settled, and half a million dollars was sent to Pun’s account. The money changed Big Pun’s life, but it also acted as one of the leading factors that led to his early passing.

In 1989 Big Pun was nicknamed as Big Moon Dog when he met with Cuban Link and Triple Seis. The team created a Full A Clips Crew. Pun and Cuban Link used to rap like twin brothers. Early in 1995, the Crew met with the Bronx rapper Fat Joe. Pun reserved his MC sit when he delivered a sizzling verse that caught Joe’s attention. He was invited to Fat Joe studio where he managed to play the ‘Watch Out’ track. Joe realized his talent, and he helped Pun by making for him tremendous records. They signed a deal and started to collaborate from there henceforth.

In 1998 Pun released his debut album titled ‘Capital Punishment’ that brought positive reviews. The song boosted Big Pun’s career, and he became the number one Hip-Hop star. As his legend continued to emerge, so was his weight. In two years’ time, Big Pun had 400 pounds of weight. The impact did not only affect his appearance but also changed his career. It came to the point that it was hard for him to breathe or walk at a short distance. His breath control, especially when he was rapping took a lot of pressure on him. Pun tried to go for weight loss programs, and it was sure that he lost almost half of his kg. Unfortunately, he was pampered more that he forgot to control his weight. In few years’ time, he doubled his average weight.

In 1998 Fat Joe and Lee were arrested due to robbery and second-degree assault. They were on Puerto-Rica parade where they stole a man’s chain and beaten him up close to death. Before then, Pun had other cases; his security guard used to fire shots just to scatter the crowd at a concert. Everything was coupled together since Pun was asked to take it easy in life due to weight issues. An uglier incident occurred when his mother was arrested due to drug addiction. Despite countable problems with the law and all, Pun managed to record his second best album ‘Yeeeah Baby.'

Big Pun was once invited for an interview, and after one week, it was announced that Pun collapsed due to a massive heart attack. He was pronounced dead on February 7, 2000. According to autopsy results, Big Pun had an enlarged heart that was almost three times the size of a normal being. After two months his second album ‘Yeeeah Baby’ was released. The song earned Gold status, but he didn’t live to tell it all. Big Pun’s will always be regarded as the greatest MC of all time. The reality will constantly hit us back, but no one knows how Lee’s life could have turned out. One good thing is that, when his memory hits us, his music will erase the pain.