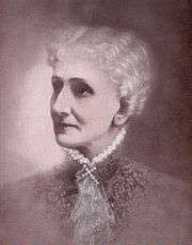 Mary Baker Eddy born Mary Morse Baker was the founder of the religious movement, Christian Science in the United States of America during the 19th century. Born on 16 July 1821, her work revolved around the disciplines of science, medicine, and theology. Mary Baker Eddy chose that career path after she had a miraculous healing from a life-threatening accident as she read Jesus’ Healing. Afterward, Mary Baker Eddy tried to seek answers behind her healing and therefore resulted to the Bible. Her life took a dramatic turn, and for four decadess he started to practice, teach and share the healing Science of Christianity.

Mary Baker Eddy was the author of the movement’s book Science and Health with Key to the Scriptures published in 1875. In 1879, she founded the Church of Christ, Scientist and the Christian Science Publishing Society in1898. The publishing is company still does periodical printings including The Christian Science Monitor.

Mary Baker Eddy was born on July 16, 1821, in a farmhouse in Bow, New Hampshire to Mark Baker and Abigail Barnard Baker. Mary Baker Eddy was the youngest of six children by his parents. Mary Baker Eddy had a strong spiritual background and a member of the Protestant Congregation. With this, the children also took after him as the daily family routine included long prayers followed by hardwork. Growing up, Mary Baker Eddy encountered series of illness which usually put her family into a mode of panic. According to neighbors she would suddenly fall to the ground and start to scream and sometimes fall unconscious for some hours.

Mary Baker Eddy admitted that she had problems with eating as she described in the first edition of Science and Health in 1875. According to her Mary Baker Eddy suffered chronic indigestion as a child and to resolve that Mary Baker Eddy resulted to taking water, bread, and vegetables and sometimes ate just ones in a day.

Mary Baker Eddy was hit by what can be termed a bad as she lost four persons close to her in the 1940s. The first was his brother Albert who she regarded as teacher and mentor who died in 1841. He was followed by her husband George Washington Glover just after six months of their marriage in 1844. They married in December 1843, but Glover died on June 1844 to yellow fever when Mary Baker Eddy was six months pregnant. She gave birth to George Washington II on September 12, 1844, in her father’s home in New Hampshire. This left her in difficulties and mentally exhausted leaving her in bedridden for months. To support herself and son, Mary Baker Eddy resulted to writing articles for the New Hampshire Patriot and working as a substitute teacher in the New Hampshire Conference Seminary.

Mary Baker Eddy also established a kindergarten in 1846, which she runs for some few months. In November 1849, Mary Baker Eddy also lost her mother and a few weeks later lost her fiancée, lawyer John Bartlett. In 1853, she married her second husband, Daniel Patterson, a dentist. The couple divorced in1873 on the grounds of adultery on the part of Patterson. She then married Asa Gilbert Eddy in 1877 and moved to Boston in 1882. Gilbert also died shortly after they moved to Boston.

Study With Phine As Quimby

Mary Baker Eddy became a patient of Phine as Quimby in October 1862. Quimby was a magnetic healer based in Maine. Mary Baker Eddy received some temporal treatment from him, and his healing procedure also impacted on her positively. Mary Baker Eddy initially credited him for the hypnotic treatment of her nervous and physical conditions but later had a different opinion on the nature of thought on the body, hence rejected all forms of hypnotism. Mary Baker Eddy later claimed that Christ was the cure of her illness. According to her, Christ healed the sick not with drugs or by jugglery and noted that Christ healed as never man healed since. Eddy and Quimbey worked together and appreciated each other’s method and learned from each other.

According to Mary Baker Eddy, she experienced some form of healing after a fall in Lynn, Massachusetts on February 4, 1866. She, therefore, resulted in the Bible and through the reading of Matthew, 9:2 she experienced healing like never before. Neighbors who were surprised with her instant healing termed it as a miracle. With Mary Baker Eddy came to the conclusion that, people could be healed through an awakened thought which comes from a clearer perception of God and not through the use of drugs or observing hygiene since Jesus Christ methods of healing were not based on such things. She started to practice and healed by such methods and also had students.

Mary Baker Eddy also established the Massachusetts Metaphysical College in 1882 and taught about 800 students between that time and 1889 when it was closed. The first edifice of the church, (The Mother Church) was opened in Boston in 1894. The First Church of Christ, Scientist has more than 1200 branches worldwide currently. Her other establishments include The Christian Science Publishing Society in 1898, to publish her works and that of followers. She also founded The Christian Science Monitor, a daily newspaper in 1908.

Mary Baker Eddy has won several awards and honors with her publications. Her book Science and Health with Key to the Scriptures became the best seller for decades. It was also selected as by Women’s National Book Association as one of the 75 Books By Women Whose Words Have Changed The World. She was inducted into the National Women’s Hall of Fame in 1995 among several others.