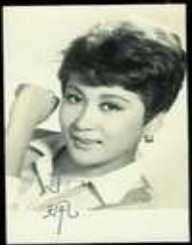 Betty Ting Pei was born on February 19th, in 1947. She is a former Taiwanese actress who rose to fame during the 1970s. In spite of her film career, she earned high acclaim following allegations on the death of Bruce Lee after being found in her apartment.

Betty began her acting career in Taiwan. She was working with "China Motion Picture Corporation." Later, in 1967, after having featured in 6 Taiwan films, her acting talent was quickly recognized by Peter Pan Lei, a director. Shortly after this, she decided to use "Ting Pei" as her new screen name. What followed next was her portrayal as a dance hostess in the Hong Kong film The Purple Shell.

Throughout her acting career, she is best remembered for her numerous roles as a mistress. She mostly worked with director Inoue Umetsugu. While working together, she appeared in some musicals such as The Steam Stealers, The Yellow Muffler, and The Millionaire Chase.

On July 20th, 1973, Betty Ting Pei was the subject of media attention following the death of Bruce Lee in her apartment in Hong Kong. From what the media reported, Lee was at Ting Pei’s apartment going over Game of Death’s film script. Ting Pei was also among the cast as the lead role in the film. Rumor was that Bruce Lee complained of a severe headache and that she offered him with a strong aspirin named Equagesic. Moments later, she was unable to wake Lee for a meeting with Raymond Chow that had been planned. Therefore, she called for an ambulance. He was swiftly taken to Queen Elizabeth Hospital where he was pronounced dead when he arrived.

Betty Ting wedded Charles Heung in 1976. This relationship however ended in divorce in 1979. She officially retired from acting in 1985. Her last film appearance was in My Name Ain't Suzie – 1985.