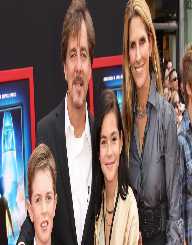 Berkeley Breathed also known as Guy Berkeley was born on June 21st, 1957. He rose to fame for being an American cartoonist. In addition to this, he is celebrated for being a screenwriter and a director. His most notable work was called Bloom County which was a cartoon-comic strip released during the 1980s. His recent cartoonist works delve into sociopolitical issues existing in the society today.

Berkeley Breathed was born on June 21st, in 1957. His birthplace was in Encino in California. His parents raised him in Houston, Texas. This is where he enrolled for his high school education at Westchester High School.

Breathed got his first job as a part-time employee at Austin American-Statesman. At the time, his work mainly involved drawing editorial cartoons for the paper. Sadly, his initial cartoons with the paper caused a huge scandal, and he was quickly relieved of his duties at the newspaper. He went ahead and published his debut comic strip dubbed The Academia Waltz. This work was regularly published, and at some point, it was featured on the Daily Texan. Around this period, he was still pursuing his higher education at the University of Texas. He released two collections of his cartoon strip which helped a lot in paying for his tuition. The profits that he gained from the sales were quickly converted to pay for his tuition.
The same comic strip also turned attention to his side as The Washington Post editors quickly noticed his raw and unexploited talent. This paved the way for a new direction in his cartooning career.

On December 8th, 1980, Breathed released Bloom County. Some characters that were featured here were from his Academia Waltz comic strip. Some of them included the likes of Steve Dallas and Cutter John.

In 1987, Bloom County gave Breathed his first Pulitzer Prize mainly for his editorial cartooning. Ultimately, the comic strip was highly acclaimed, and it was adopted in more than 1,200 newspapers globally. The strip kept running until Breathed discontinued it in 1989. At this time, his comic work was still popular among his fans. His main reason for stopping it was to bring an end to the strip while people still loved it.

The same year, Breathed released another cartoon that was to be published on Sunday only. This cartoon was called Outland. In this work, he made use of several characters from the Bloom County. Bill the Cat and Opus the Penguin were among them. Outland was discontinued in 1995.

Another Sunday only strip was released in 2003 called Opus. Opus the Penguin was the main character borrowed from his previous works. The last episode of Opus was published on November 2nd, 2008.

Apart from the cartooning career that earned him recognition globally, Breathed also released children’s books such as Edwurd Fudwupper Fibbed Big and A Wish for Wings That Work. Both of these works were later adopted into animated films.

Berkeley Breathe is a sports fanatic, and his main interests lie in motorcycling and powerboating. The latter activity nearly took his right arm in an accident that he was involved in. In 1986, he tied the knot with Jody Boyman after which they broke off their marriage in 2012. They had two kids in their marriage.