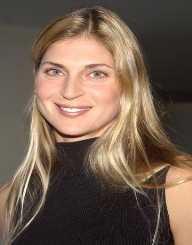 Gabrielle Reece is an American professional athlete who excelled in the sports volleyball and is also an accomplished model, writer, and fitness expert.

Gabrielle Reece married professional big-wave surfer Laird Hamilton on November 30, 1997. She gave birth to two daughters namely Reece Viola who is born 2003 and Brody Jo who is born in 2008 and is also raising Hamilton’s daughter from his previous marriage, Izabela. The Hamilton family divides their time between their residences in Hawaii and Malibu where she is a part of the celebrity circle of friends called Malibu Mob.

Born on January 6, 1970, as Gabrielle Allyse Reece in La Jolla, California, she is the only daughter of writer Terry Glynn and Robert Eduardo Reece who is of Afro-Trinidadian descent. Her father died in a tragic plane crash when she was only five years old. As a result, she was raised by her mother, and when Terry remarried, they relocated to St. Thomas, US Virgin Islands but moved and settled in St. Petersburg, Florida after a few years.

Reece enrolled at Florida’s Keswick Christian School and was already in 11th grade when she first tried the sports volleyball. She later excelled at the sport which granted her a scholarship at Florida State University and pursued a degree in communications.

As an FSU player, some of Gabrielle Reece's records include a four-set record in the number of kills and blocks and has the most number of solo blocks consisting of 240, and a total of 747 blocks altogether which is yet to be broken at the university.  In 1997, Reece was inducted at Florida State University Athletics Hall of Fame.

While garnering attention as a formidable volleyball player, Gabrielle Reece also stood out for her height and stunning looks which landed her a modeling career. In the early 1980s, she graced the covers of Elle magazine and was included in the said magazines’ 1989 list of Five Most Beautiful Women in the World. At the start of the 1990s, she also served as the front cover of a number of magazines such as Women’s Sports & Fitness, Outside, Shape, and Life Magazine. She put a halt in her modeling career in 1992 to focus as a professional volleyball player.

Among her record, as a professional athlete is the Lead Player in the Women’s Beach Volleyball League for four years from 1993 to 1996, and was even named the same year in 1993 as the League Blocks leader. She was also hailed as the Offensive Player of the Year for two years in 1994 and 1995 and partook in the Olympic Challenge Series of 1999-2000.

Besides being a professional athlete and model, Gabrielle Reece also turned her experiences to writing wherein she published her first book, Big Girl in the Middle, in 1997 which was co-written with Karen Karbo. Her other book was published in 2013 entitled My Foot is Too Big for the Glass Slipper: A Guide to the Less Than Perfect Life and also contributed to Women’s Sports & Fitness magazine.

In the film and TV industry, she made an appearance in the 1997 film Gattaca as a physical trainer and the 2004 film Cloud Nine. She also made several appearances in local TV shows such as America’s Next Top Model as hosted by Tyra Banks, the 2004 series of North Shore, and 8 Simple Rules the following year in 2005.

Reece also served as famous sportswear brand Nike’s cross-training spokesperson from 1993 until 1999 and was the first female athlete to design a shoe for the brand.