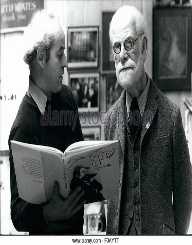 English illustrator and cartoonist Ralph Steadman was born on 15th May 1936 in Wallasey, Cheshire. Coming from a very humble background, he was raised in Abergele, North Wales by his father Lionel Raphael Steadman and mother, Gwendoline Rogers. His father was a commercial traveler while his mother worked as a shop assistant.

Steadman began his education at the Abergele Grammar School but dropped out of the school at the age of 16. He joined the aircraft company, De Havilland but soon got bored of the factory work. He quit Havilland's after a few months and soon was inducted as a trainee manager at Woolworth's. In 1954, he was offered an opportunity at Colwyn Bay by the McConnell’s Advertising Agency.

For two years, from 1954-1956, Ralph Steadman served in the Royal Air Force in Britain. During this time his interest in drawing illustrations had blossomed, and he learnt technical drawing. He also took up Percy Bradshaw's correspondence drawing course with monetary assistance being given by his parents. He started selling his cartoons to newspapers, and his first deal came in 1956 when Manchester Evening Chronicle bought his first cartoon drawn on the theme ‘Nasser and the Suez crisis.'

After being relieved from his services at the RAF, Ralph Steadman relocated to London where he found work at the Kemsley Newspaper Group. His works were published in the editorial columns and was the creator of the fictitious teenage character named 'Teeny.' During this time, he also got enrolled at the East Ham Technical College where he took drawing lessons from art teacher Leslie Richardson. Steadman had to start freelancing when he got sacked from Kemsley. He worked as a freelancer for different magazines and newspapers like Punch, the Daily Sketch, and the Daily Telegraph. Initially, Punch had rejected his works many times, but in 1961 they featured one of his drawings on the cover.

Steadman's drawings were known for their inclination towards satire and were often deemed provocative and offensive. Many publications refused to publish his cartoons. One such drawing titled 'Plastic People' was rejected by Punch but found a place on the newly launched political magazine Private Eye.

In the 1960's, Ralph Steadman kept on pursuing his academic training in art. On Leslie Richardson's insistence, he took admission at the London School of Printing and Graphic Arts and studied there from 1961-1965. After graduation, in 1966, he was hired by the Daily Mail. In 1967, Steadman became a part of the Artist-in-residence program at the Sussex University.

Steadman constantly felt a hindrance to his creativity due to the lack of freedom in London. To be able to publish the kind of works he wanted and to obtain creative liberty, he started frequently plying from London to the USA. His works were being published in the magazine Rolling Stones. In 1970, he landed a job with the American radical magazine Scanlan's monthly.

During this time at the Scanlan's, Ralph Steadman met American author Hunter S. Thompson. Thus began Thompson and Steadman's series of collaborative jaunts. Thompson introduced Steadman to a new form of personal reportage called 'gonzo' journalism. This no-holds-barred form of journalism appealed to Steadman a lot. One of the duo's first collaborations was a story on the 'Kentucky Derby.' In 1972, Steadman illustrated Thompson's widely acclaimed work till date 'Fear and Loathing in Las Vegas'; a story that described the author's drug-induced experiences during his journey from America to Las Vegas.

By the end of 1970, Ralph Steadman moved back to London. He was appointed by The Times Group to cover the general election and was only the second political cartoonist ever employed at the paper. He always found work as a political cartoonist and apart from Thompson, he has illustrated for several other writers like Ted Hughes, Adrian Mitchell, and Brian Patten.

Ralph Steadman is known for his illustrations in the editions of books like Alice in Wonderland, Treasure Island, Animal Farm, The Poor Mouth and Fahrenheit 451. In 1985, as a remembrance of the appearance of Halley's Comet, he also designed a set of four British postage stamps showcasing it. In 1989, he wrote a libretto '‘The Plague and the Moonflower’ with the composer Richard Harvey. Steadman has also illustrated covers for many music artists' albums viz. The Who, Frank Zappa, Exodus, Ambrosia, and Slash. He has also written many books including 'Sigmund Freud' (1979), 'I, Leonardo' (1983), 'The Grapes of Ralph: Wine According to Ralph Steadman' (1992), etc.

Ralph Steadman has won a bountiful of awards for his works. Enlisted below are some of his awards:

Italian Critica in Erba Prize for That's My Dad

In 1979, Ralph Steadman was also voted as the Illustrator of the Year by the American Institute of Graphic Arts.

A documentary was made on Steadman's career titled 'For No Good Reason.' The film directed by Charlie Paul took almost 15 years to complete and was nominated for the Grierson Award for Best Documentary at the 2012 BFI London Film Festival.

Ralph Steadman currently lives with his wife Anna Deverson who he married in 1972. The couple has one child. Ralph was previously married to Sheila Thwaite for 12 years, and he has four children from that marriage.