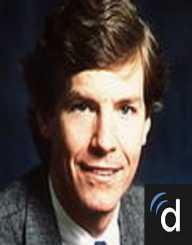 Cartoonist Jim Davis was on the 28 July 1945 in Marion, Indiana. His parents James and Betty Davis owned a small farm on which they raised their family. A feature of the estate was some stray cats. Davis was asthmatic, and this meant that he had to have periods of rest, which he spent drawing.

After university, Jim Davis joined an advertising agency. He started working as an assistant to Tom Ryan on his Tumbleweeds comic strip creation, where he was instructed in the art of drawing cartoons to becoming a syndicated cartoonist. His famous production started out as a bug, Gnorm Gnat which appeared in The Pendleton Times newspaper. Later, the virus transformed into Garfield, who became his most excellent character. Davis has said that Garfield was inspired by all those barnyard cats of his childhood, particularly a cheeky orange tomcat. He named Garfield after his grandfather, James Garfield Davis.

The cartoon character Garfield made his first appearance in June 1978 in over forty-one syndicated newspaper in the US. When one paper tried to cancel Garfield, over a thousand readers objected and Garfield was brought back. The Garfield phenomena had begun. Garfield went on to be cited in the Guinness Book of World Records as the most widely syndicated comic strip in the world.

The success of Garfield led to a range of issues relating to products and licensing; in 1981 Jim Davis set up a company Paws Inc. to deal with Garfield business matters. This group controls the international rights of Garfield. Davis is the President of Paws, Inc.

Jim Davis has been a generous philanthropist with a focus on environmental as well as educational issues. He has been the recipient ecological awards including one from the National Arbor Day Foundation and The Good Steward and Special Projects Award. Davis also won the Indiana Wildlife Federation's Conservationist of the Year Award in 1990. On the education front, he joined forces with Bell State University and created a website, Professor Garfield, a resource for teachers and pupils.

Jim Davis had won four Emmy Awards. He was nominated for ten Emmy awards and has won four for an Outstanding Animated Program. There were also Garfield film: Garfield: The Movie (2004) and Garfield: A Tail of Two Kitties (2006).

Davis has won numerous other awards including, the Indiana Journalism Award (1991) from Ball State University Department of Journalism. The LVA Leadership Award was given to Paws by the Literacy Volunteers of America (1997), the Reuben Award for Overall Excellence in Cartooning from National Cartoonist Society (1989). Comic-Con International San Diego presented the Inkpot Award in 2016.

Jim Davis enjoys golf, gardening, and fishing as well as spending time with his family.