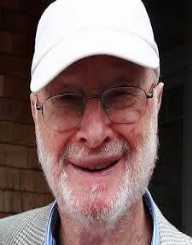 Jules Ralph Feiffer was born in New York City on January 26, 1929. His father, David, was a salesman who was usually unemployed because of the Great Depression. His mother, Rhoda, was a fashion designer who sold her drawings to different clothing manufacturers. He graduated from James Monroe High School in The Bronx in 1947. He also attended the Art Students League of New York and the Pratt Institute.

After high school, Feiffer decided to contact one of his idols, famous cartoonist Will Eisner. He did not manage to impress him with his artistic abilities, but his enthusiasm eventually won him the job. He worked with him for the next decade. He helped him with his books, including the comic The Spirit.

Feiffer also managed to get a few shorter jobs during his time with Eisner. He drew a feature for the Sunday cartoon page called Clifford. During the two years he served in the army, he created cartoon animation for the Signal Corps unit.

In 1956, Feiffer got a job as a cartoonist at a newspaper called The Village Voice. He created a weekly comic called Feiffer. After a year of work, he gathered many of his cartoons in a collection called Sick SickSick: A Guide to Non-Confident Living. It quickly became a best-seller. Over the next few years, he became a regular contributor to many newspapers and magazines. Among the others, they included The New Yorker, The London Observer, Los Angeles Times, The Boston Globe, and Playboy. He also continued publishing collections of his comics, such as The Explainers, Feiffer on Nixon, and several others.

In 1961, Feiffer won a George Polk Award for his work. In 1986, his political cartoons earned him the prestigious Pulitzer Prize. He was inducted into the Comic Book Hall of Fame in 2004. He also won a Lifetime Achievement Award from the Cartoonist Society that same year.

In 1957, Feiffer published the graphic narrative Passionella. It is a variation of the story of Cinderella. It talks about a poor woman who becomes a Hollywood star.  In 1979, he created one of the first graphic novels ever made, called Tantrum. In 2014, he published Kill My Mother: The Graphic Novel. Two years later, he published its prequel called Cousin Joseph.

Feiffer wrote two traditional novels, Harry the Rat with Women and Ackroyd. They were published in 1963 and 1977. He wrote many children’s books, like Bark, The Dog with No Tail, and many others. In 1965, he published the non-fiction book The Great Comic Book Heroes. He released his autobiography in 2010, receiving great reviews from The New York Times.

Feiffer wrote several plays over the years, such as Knock Knock, Elliot Loves, Grown Ups, and others. Some of them ended up being adapted into films. One of them was Carnal Knowledge, the story of two friends and their relationships with different women, starring Jack Nicholson. The film gained some popularity, but also some controversy.

Feiffer himself wrote a few scripts for films, including Popeye and I Want To Go Home. He also worked on the film adaptation of his own play, the black comedy Little Murders.

In 1960, he served as a screenwriter for the short animated film Munro. He adapted it from his book Passionella and Other Stories. In 1961, Munro won an Academy Award.

Feiffer has served as a professor at several universities. He started at the prestigious Yale School of Drama. He continued at Northwestern University. He spent a few months at both Arizona State and Dartmouth College. He still serves as a professor at the Stony Brook campus of New York University.

Feiffer has been married three times. He was married to his first wife, book editor Judith Sheftel, from 1961 to 1983. They had one child. He spent the next 20 years with his second wife, writer, and comedian Jenny Allen. In 2016, he married the writer JZ Holden. Haley Feiffer, his daughter from his second marriage, is a successful playwright.