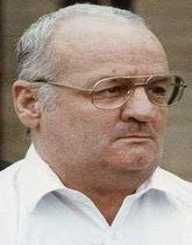 American psychopathic serial killer Arthur John Shawcross was born on the 6 June 1945 in Kittery, Maine. During his childhood, the family moved to Watertown, New York. He was not a good student and felt socially isolated from his peers who regarded his behavior as odd.

His parents were Elizabeth Yerakes and Arthur Shawcross, and he had three siblings: sister Donna and Jean and a brother Jimmy. Shawcross claimed to have had a violent, unhappy childhood with a particularly domineering mother but his parents and siblings all denied his claims

Arthur Shawcross had a low IQ, dropped out of high school and was not educated beyond the 8th grade.

After dropping out of school at 16, Arthur Shawcross got involved in burglary and arson and 1963; he was placed on probation for damaging a store. Two years later, he was again put on probation, on a charge of unlawful entry. By this stage, he was divorced, with a son from that early marriage and had married a second time.

Arthur Shawcross was drafted into the U.S. Army in 1967 and sent to Vietnam (October 1967 - September 1968). Returning from Vietnam, he was stationed at Fort Sill in Oklahoma. After his discharge from the US Army, he went back to Clayton, New York. His second wife divorced him around this time because of abuse and her suspicion that he was a pyromaniac.

In 1969 Arthur Shawcross was sentenced to five years for arson, serving 22 months. He then returned to live in Watertown where he was charged with murdering two children. Jack Blake, a ten-year-old boy and Karen Ann Hill, a girl of 8. He confessed to the crimes and was given a 25-year sentence.

After 14 and a half years, he was released from prison. Local communities protested about having him in their neighborhoods, and his records were sealed from public view. In 1987, he moved to Rochester, New York with his new partner, Rose Marie Walley. Shortly afterward, in early 1988, Shawcross began murdering women in the area. Most of his victims were prostitutes and people living on the street.

Police suspected a serial killer who became known as the Genesee River Killer and the Rochester Strangler. He eventually murdered 11 women, was arrested in January 1990 and put on trial. Arthur Shawcross pleaded not guilty because of insanity but he was found fit to stand trial, and a jury found him guilty. Shawcross was sentenced to 250 years in prison. During his time in prison, he tried unsuccessfully to sell his artwork from prison.

In 2000, Margaret Demming discovered that Arthur Shawcross was her biological father. She forged a relationship with him and allowed him to meet her seven children. He died in hospital in Albany, New York on the 10 November 2008, aged 63.

At the time he was incarcerated at Sullivan Correction Facility in the Hudson Valley and had been transferred for medical treatment. He died of cardiac arrest. Father Maduawuchi Stan Ogbonna, a Catholic priest who worked at the Sullivan Correctional Facility, reported that Shawcross had turned religious before his death.