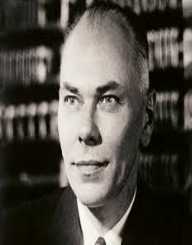 Howard Aiken was an American electrical engineer, mathematician, and computer engineer who is credited for the invention of Harvard Mark I, the prototype for today’s digital computer.

The Humble Beginnings of an Extraordinary Man

Born on March 8, 1900, as Howard Hathaway Aiken in Hoboken, New Jersey, he was the only son of Daniel H. Aiken and Emily Mierisch. Despite being born in a wealthy household, his father was an alcoholic man and frequently beat up his wife. Already fed up with his father’s beatings towards his mother, he drove his father away with a fire poker at the age of 12 and they never heard from him again.

The young Aiken was left to support his mother and grandmother since their relatives did not extend a helping hand to the family at all. As a result, Aiken had to withdraw from school in the ninth grade to work for his family. He found a job of installing a telephone that cost him to work for 12 hours.

When one of his teachers learned of his departure from school, the teacher went and talked to his mother to let him continue his studies seeing as how the young Aiken excelled especially in mathematics, but his mother did not have any means to support his schooling. Relentless, the school teacher found him a job as an electrician’s apprentice at the Indianapolis Light and Heat Company wherein he only has to render 8 hours per night.

With a newfound schedule, he was able to finish his education in 1919 at the Arsenal Technical High School located in Indianapolis.

Upon graduating high school, Aiken and his family relocated to Madison and was offered a job as a switchboard operator at the Madison Gas and Electric Company at night while undergoing his electrical engineering degree at the University of Wisconsin. He attained his degree in 1923 and continued working for the Electric Company in 1927. Shortly after he found a new job at the Central Station Division of the Westinghouse Electrical and Manufacturing Company but also left in 1931 after working there for 4 years.

Despite having a stable job, he found boredom in his life. Hence he decided to study once again and this time, he pursued a degree in physics. Aiken enrolled at the University of Chicago but transferred to Harvard to finish his degree there in 1939. Afterward, he began teaching at Harvard before he got called to render service for the Board of Ordinance at the US Navy.

Aiken and Harvard Mark I: The Revolutionary Invention

Howard Aiken worked alongside three other engineers for his task namely F.E. Hamilton, Clair D. Lake, and B.M. Durfee. He and his colleagues started to work on an automatic calculating machine in 1939. This machine was then came to be known as the Mark I, which came to fruition in February 1944. The Mark I was invented to solve problems via a paper tape which then comes to life once certain instructions are encoded. This machine was used in ballistics, gunnery, and design by the US Navy.

The machine was followed by the invention of Mark II in 1947 and Aiken and his colleagues continued working until Mark IV which was made of all electronic components.

Howard Aiken settled down at the age of 60 at his home in Fort Lauderdale, Florida but was still very much active in the field of science. He established the Howard Aiken Industries Inc. and also became a part of the Distinguished Professor of Information at the University of Miami. He died at the age of 73 on March 14, 1973 while on a consulting trip located in St. Louis, Missouri.

In the course of his life, Aiken had 3 marriages. His first was to Louise Mancill in 1939 which brought forth a daughter named Rachel Ann. His marriage ended up in divorce 3 years later in 1942 but was quickly followed by his second marriage.

The following year in 1943, he married Agnes Montgomery who bore her a daughter named Elizabeth, but the marriage also ended up in divorce come 1961. His third marriage was to Mary McFarland, an elementary school teacher in Boston, wherein the couple tied the knot in 1963.