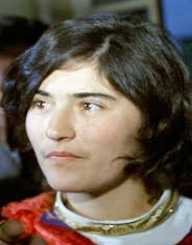 Catherine Share was born on December 10th, in 1942. Recently, she was part of the Manson family, a cult established in California. After being charged with a number of crimes she was jailed for five years before being released in 1975.

Catherine Louise Share was born on December 10th, in 1942. Her birthplace was in Paris, France. Her father was a talented violinist. Both her parents were from different descents as her mother was of German and her father of Hungarian descent.

Unfortunately, her parents committed suicide when Share was only aged two. Both of them were actively involved in the French Resistance, and therefore this influenced them to commit suicide.

As an orphan, Share was raised by a French woman. Together, Share, and her adoptive parents migrated and resided in Hollywood, California.

Catherine Share lived a happy life in America during her early teen years. However, tragedy struck the family when she was only 16. Her adoptive mother learnt that she had cancer and as a result took her life away. Share had to live with her adoptive father who was blind. Shortly after, her adoptive mother’s death, her blind father married again. This devastated Share. She quickly abandoned college and opted to wander in California.

In 1967, Catherine Share crossed paths with Bobby Beausoleil. The two were part of the cast on a soft-core pornography movie called Ramrodder. Shortly after, the two got romantically involved with each other. Through Beausoleil, Share was introduced to Charles Manson.

Share then migrated and lived with the family in Spahn's Ranch. Here, the Manson Family gave her the nickname Gypsy. In 1971, Share alongside a number of the Manson Family members faced murder charges. They had plotted to kill Barbara Hoyt, one of their cult member, as she wanted to testify against Manson and other members of the cult.

Catherine Share gave birth to her firstborn son while in prison in 1971. Due to her social condition, the baby was given up for adoption. Upon her release from prison, she reunited with her son. Similarly, she confirmed that Steve Grogan was the paternal father.

She was then arrested following a shooting which took place in Hawthorne in late 1971. She served five years in jail as a result. After being freed from prison in 1975, she disconnected herself from the Manson Family.