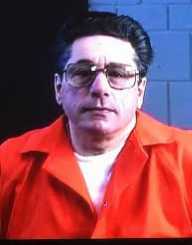 Anthony Casso was born on May 21st, in 1942. He was an infamous mobster associated with the Lucchese crime family. Throughout his career as a mobster, Casso was responsible for up to 100 murders. As such he was often identified as a homicidal maniac. He also gave orders the led to the killing of over 1000 people. He later confessed that he was responsible for the murder of Roy DeMeo, Vladimir Reznikov and Frank DeCicco. Similarly, he also admitted having made some attempts to kill John Gotti, Gambino’s family boss.

Anthony Salvatore Casso alias Anthony Casso was born on May 21st, in 1942. He was the youngest child to Margaret Casso and Michael Casso. His place of birth was in South Brooklyn. When he clocked 16, he abandoned school and went ahead to join his father in working as a longshoreman.

During his tender years, he earned himself living by shooting predatory hawks. He rose to become a violent youth. It did not take time before he joined a gang called the South Brooklyn Boys. He got arrested in 1958 when he was still a teen. During this period, his father paid him several visits in prison trying to persuade him to straighten up his life.

However, Anthony Casso despised his father’s advice and took up a Mafia career, first as a loan shark. He was often involved in drug dealing and gambling under the instructions of his role model Christopher Furnari. Later, in 1961, he was arrested, this time for attempted murder. Nevertheless, he was acquitted after the victim failed to identify him. For the next 30 years, Casso was a free gangster.

With strong encouragement coming from Furnari, Anthony Casso murdered for the first time in the mid-1970s. After this murder, he was officially regarded as one of the leading members of the Lucchese family. From this time onwards, he continued organizing crimes and also participated in the act of killing hundreds of people.

Casso had a thriving drug business. He sold heroin, marijuana, and cocaine. Besides this, he owned several boats and a cargo jet. He also engaged himself in money laundering activities as a way of boosting his income. Often, he worked hard to ensure that he avoided being noticed by the authorities. He organized his meetings in public places as this prevented him from being taped. Similarly, to ensure that he was on the safe side with the cops, he had some corrupt police individuals that he paid.

Years later, in the 1980s, Anthony Casso got himself involved in a clash with a feared gang called the Gambino family. He was approached to aid in the killing of the gang’s leader Paul Castellano. This was an arrangement by John Gotti.

Things got heated up in 1986 after he was shot six times by unknown hit men. Luckily, he survived. Angered by the incident, he went on a manhunt for those that had planned to kill him. His police informants helped him track down James Hydell, one among those that had been associated with his shooting. Casso later killed Hydell in cold blood.

After that, Anthony Casso partnered with Vittorio Amuso. Together, they were dangerous as they murdered all those that came on their way. The duo was quite aggressive and that it reached a point when they wanted to kill all members of the Lucchese family working in New Jersey.

In early 1993, Anthony Casso got arrested while in his home in Mount Olive, New Jersey. During the arrest, he had about $340,000 in cash. Also, he had many confidential documents belonging to the FBI.

Afterward, he took up the path of being an informant with the hopes that his sentence would be lenient on him.

Anthony Casso wedded Lillian Delduca in 1968. The two were blessed with two children. His wife passed away in February 2005.