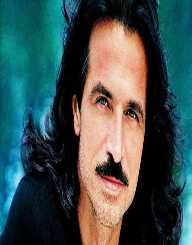 Yiannis Chryssomallis best known as Yanni is a Greek composer, pianist, keyboardist, and a music producer. Born on November 14, 1954, he mainly uses classical, soft rock, jazz, and world music in creating his instrumental works. His style of music neither suited commercial pop radionor television but has strong image internationally through his music videos and making concerts at historical monuments. With his interest in performing at historic sites,

Chryssomallisi has played concerts at Taj Mahal, in India, Forbidden City in China and Kremlin, Russia. He has also performed at Burj Khalifa in the United Arab Emirates, Lebanon’s Byblos, the Egyptian pyramids and Great Sphinx of Giza and Tunisia’s Roman Theatre of Carthage among others. His recorded video during the Live at the Acropolis concert became the second best-selling concert music video of all time and held concerts in about 30 countries worldwide.

Most of his songs received platinum status in the U.S and other countries well as several numbers one hits on the Billboard’s Top New Age Album category.

Yiannis Chryssomallis was born in Kalamata, Greece to Sotiri Chryssomallis and Triandafili Chryssomallis. His father was a banker and mother a homemaker. Growing up, Yanni showed a clear talent in music and was introduced to the piano at age six. Learning at his own pace, he thought himself music and initiated his own style of music notations "musical shorthand" which he applied in his compositions.

Yanni aside music had an interest in sports especially swimming. At age 14, he set a new Greece national 500-meter freestyle record at a swimming competition. He enrolled at the University of Minnesota in 1973 and graduated with a B.A degree in Psychology in1976. Whiles in school, he joined a local rock band and learned how to play other musical instruments. After school, he decided to do music full-time, as he generated lots of interest in it and according to him, music made him happy.

A year after school, Yanni joined the rock band Chameleon based in Minneapolis and in partnership with choreographer, Loyce Houlton, provided music for Minnesota Dance Theater dance works.

Yiannis Chryssomallis stayed and worked with Chameleon throughout their tour from 1980 to 1984and later left for Los Angeles in search of a job in music soundtrack composition. During that time, he recorded his maiden album Optimystique which would later be released in 1984 by Atlantic Records and Private Music. He later released albums like Keys to Imagination,

Out of Silence and Chameleon Days. In 1987, he formed a touring band with members John Tesh, singer and pianist as well as Charlie Adams on drums to promote the albums. The tour had positive reviews as a performance with the Dallas Symphony Orchestra set the pace. His soundtrack composition work also flourished with his composition of soundtracks for motion picture’s Heart of Midnight,

1988, Steal the Sky, 1988, I love You Perfect, 1989, When You Remember Me, 1990, She’ll Take Romance, 1990 and Hua Qi Shao Lin in 1994 among many others. Yiannis Chryssomallis popularity and continued to grow with his outdoor performances and visibility in the magazine and on TV shows. In November 1990, he appeared on the Oprah Winfrey Show. He proceeded to the release the Grammy-nominated album Dare to Dream, in 1992.

He quickly followed it with another album In My Time, which also gained a nomination for the Grammy awards.

Yiannis Chryssomallis had his musical breakthrough with his Live at the Acropolis concert at the Herodes Atticus Theatre, Acropolis, Athens filmed in September 1993. The production released in 1994 on VHS and Laserdisc was his debut live concert. Yanni invested about $2 million in the production and the end results in his been history.

It sold more than seven million copies worldwide becoming the second best-selling concert video of all time just behind Michael Jackson’s Thriller. Yanni’s taste of recording at monumental places heightened which led to his 1997 recording and performances at the Taj Mahal in India and later the Forbidden City in Beijing, China.

For both sites, he was one of the few Westerners permitted to perform at those historic sites. The two the performances would later become his second live album, titled Tribute and released the same year. He later left America to Greece where he spent three months with his parents and later started a world tour through 1998 to 2000.

After leaving the music circles in 1998 and spending two years touring the world, Yanni returned from hiatus in 2000 with the studio album If I Could Tell You. He released several other albums Yanni voices, Ethnicity and Mexicanisimo in 2010. In 2011, he came out with the album Truth of Touch which took quick a different tone from previous albums.

The album was infused with contemporary instrumental, cinematic influences, electronics as well as new age and world music. Yanna always made sure he met the need of his fans through producing qualities music. He continued to serve fans with albums like Live at El Morro, Puerto Rico in 2012, recorded live at the Castillo (Fort) San Felipe del Morro on December 16 and 17, 2011. The concert showed on PBS in March 2012. His other albums include Inspirato, 2014 and Sensuous Chill in 2016.

Having the chance to perform at historic sites was a great achievement for Yannis. Throughout his career, he had the opportunity to perform at sites like the Royal Albert Hall, Acropolis of Athens, Taj Mahal, the Forbidden City, Burj Khalifa, Castillo San Felipe del Morro, the Roman Theater of Carthage and the Amman Citadel among several others.

Yiannis Chryssomallis had two Grammy Awards nomination for albums Dare to Dream in 1992 and In My Time in 1993. On May 6, 2004, the University of Minnesota, Twin Cities awarded him an honorary Doctor of Humane Letters

Yiannis Chryssomallis had a relationship with actress Linda Evans in 1989 but broke up in 1998. He released his first biography autobiography co-authored by David Rensin, Yanni in Words in February 2003.