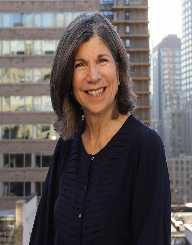 Anna Quindlen was born 8th July 1952, in Philadelphia, Pennsylvania, in the United States. Her parents were Robert and Prudence Quindlen.

She studied at South Brunswick High School, and she graduated in 1970. Quindlen then enrolled at Barnard College, and she gained her degree in 1974.

In 1974, Quindlen joined the New York Post as a reporter. She then moved to The New York Times in 1977, and she worked for the publication until 1994.

Quindlen released her semi-autobiography, One True Thing, in 1994. The book was then adapted into a movie in 1998. In 1995, Quindlen became a full-time novelist, leaving her work as a journalist. She did, however, join Newsweek in 1999. She wrote a column for the magazine two times a week, and she announced her retirement in 2009.

Quindlen has written 12 non-fiction books. These include Living Out Loud (1988), and Lots of Candles, Plenty of Cake (2012). She has also written nine novels, two children's books, and two table picture books. Quindlen has given at least eight commencement speeches at various colleges and universities.

Among her various awards and honors, Quindlen has the following:

Quindlen has 17 honorary degrees and several other awards from various colleges.

Quindlen married Gerald Krovatin, an attorney from New Jersey. The couple has two sons, and they are both published authors. They also have a daughter who is a writer, comedian, and actress.