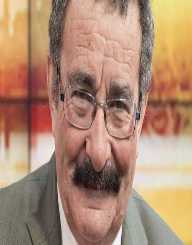 Robert Winston is one of the British most revered professors of science and medical doctor. Born on July 15, 1940, Robert Winston is also a politician, author and television presenter. Robert Winston did a lot of work in the medical field, including the development of gynecological surgery techniques that improve fertility treatments. Robert Winston was the first to use newly improved treatments in vitro fertilization (IVF)and also developed a pre-implantation diagnosis. Robert Winston is a professor of science and society and emeritus professor of fertility studies at the Imperial College, London. Affectionately called Lord Winston, his accomplishment in the medical field has gained him several awards and honors and is now an honorary fellow in several top institutions including Royal Academy of Engineering, Royal College of Physicians and Surgeons and Academy of Medical Sciences. He has served on several councils and board including a member of the Imperial Cancer Research Fund, Engineering& Physical Science Research Council and the Societal Issues Panel.

Robert Winston was born on July 15, 1940, in London to Lawrence Winston and Ruth Winston-Fox. Robert Winston had an Orthodox Jew upbringing and has two siblings, a brother Anthony and sister Willow Winston. His mother was a politician and served as the Mayor of the former Borough of Southgate. Robert Winston lost his father at age nine to a medical negligence, but that did not influence his career choice of being a doctor. Robert Winston started his education at Salcombe Preparatory School until age seven when he moved to Colet Court and St Paul’s Schools. Robert Winston then enrolled at The London Hospital Medical College, theUniversity of London, where he graduated with a degree in medicine and surgery in 1964.

After his medical studies, Robert Winston briefly ventured into theatre directing. In 1969, he was awarded the National Directors’ Award at the Edinburgh Festival. Robert Winston later came to his field of studies where he worked on several medical and reproduction interventions including developing a tubal microsurgery and sterilization reversal. In 1979, Robert Winston introduced and performed the first fallopian tube transplant, a technology, which was later replaced by in vitro fertilization (IVF).

Robert Winston became the Dean of the Institute of Obstetrics and Gynaecology in London until1997 when it merged with Imperial College. From 2004 to 2005, Robert Winston was elected the President of the British Association for the Advancement of Science. Robert Winston collaborated with Carol Readhead of the California Institute of Technology to research into male germ cell stem cells and methods for their genetic modification at the Institute of Reproductive and Developmental Biology, Imperial College, London. With his various researches, Winston has published more than 300 scientific papers in peer-reviewed journals. Robert Winston has held several positions and appointments including being the chair at Imperial College, Professor of Science and Society, and is also an Emeritus Professor of Fertility Studies at the college. He served as the Chairman of the Institute of Obstetrics and Gynaecology Trust and chairs the Women-for-Women Appeal now the Genesis Research Trust. The organization has been able to raise over £80 million for research into reproductive diseases.

Robert Winston also pursued a career in broadcasting and served as a presenter for BBC television health series like Your Life in Their Hands, Superhuman, Making Babies, The Secret Life of Twins, Human Instinct, The Human Mind, Child of Our Time among several others. He won a BAFTA award for the series, The Human Body. With his background as an orthodox Jew, Winston also hosted some religious program including The Story of God that delved into the development of religious beliefs and issues of faith in the scientific age. Robert Winston also presented the controversial BBC documentary, Walking with Cavemen. In 2005, he won the international science film prize in Paris for his documentary Threads of Life. Winston has also hosted BBC Radio 4 programmes and has appeared on several chat shows and political programmes including The Wright Stuff, Question Time and Any Question.

On December 181995, Robert Winston established himself as a politician with the creation of a life peer as Baron Winston of Hammersmith in London Borough of Hammersmith and Fulham. At the House of Lords, he sits on the Labour Party benches and takes the Labour whip. Robert Winston is a frequent speaker in the house on issues of science, education, medicine, and arts. He once served as the Chairman of the House of Lords Select Committee on Science and Technology.

Robert Winston has won several awards and honours including Cedric Carter Medal, Clinical Genetics Society, 1993, Victor Bonney Medal for contributions to surgery, Royal College of Surgeons, 1993, British Medical Association Gold Award for Medicine in the Media, 1999,  Aventis Prize from the Royal Society, 2004 and A1-Hammadi Medal by Royal College of Surgeons of Edinburgh in 2005. Others include 23 honorary doctorates, Robert Winston won the VLV Award for the most outstanding personal contribution to British television in 2004 and Honorary Fellow of the Royal Academy of Engineering.