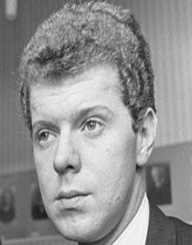 Harvey Lavan “Van” Cliburn Jr. was an American Pianist. Born on July 12, 1934, he became a global phenomenon in 1958 after winning the maiden International Tchaikovsky Piano Competition in Moscow at age 23. Cliburn started playing the piano at a very young age of three and with the assistance of his mother, who was an accomplished pianist he developed his skill to become an icon. He performed for US presidents from Harry S. Truman to Barrack Obama and other famous figures.

Harvey Lavan “Van” Cliburn Jr. was born on July 12, 1934, in Shreveport, Louisiana to Rildia Bee and Harvey Lavan Cliburn Sr. His mother was an accomplished pianist who received tutorials from Arthur Friedheim and his father worked in the oil industry. A child prodigy, Cliburn received early piano lessons from his mother when he was just three years. The family moved to Kilgore, Texas when he was six years.

When Van Cliburn was 12 years, he competed and won a statewide piano competition. This afforded him the opportunity to debut with the Houston Symphony Orchestra. When he was 17 years, he enrolled at the Juilliard School in New York, where he studied under Rosina Lhevinne. Under Lhevinne’s tutelage, Cliburn learned the tradition of the great Russian romantics. He won the Leventritt Award in 1954, after which he made a Carnegie Hall debut.

In 1958, Van Cliburn competed in the maiden International Tchaikovsky Competition in Russia. The competition aimed at demonstrating the superiority of the Soviet Union’s culture after successfully launching the first artificial earth satellite, Sputnik to space on October 4, 1957. He won the competition, gaining him international recognition.

Van Cliburn leveraged on his popularity soon as he returned to the United States by performing in a Carnegie Hall concert alongside the Symphony of the Air and conducted by Kirill Kondrashin. On May 25, 1958, he performed on the Steve Allen’s prime time NBC TV series. He earned an exclusive contract with RCA Victor followed by the recording of the Tchaikovsky Piano Concerto No. 1. The record won Grammy Award for Best Classical Performance in 1958, certified gold in 1961, and platinum in 1989. It also became the best-selling classical album in the world for several decades.

His other recordings include the Schumann Piano Concerto in A minor, Prokofiev Piano Concerto No.3, Beethoven Piano Concerto No. 4 and No. 5 “Emperor.” In his honour, the Van Cliburn International Piano Competition was established with its debut held at Texas Christina University, Fort Worth, from September 24 to October 7, 1962.

Cliburn continued to perform in Russia occasionally, including a concert at Spaso House in the presence of US President Richard Nixon and Secretary of State William P. Rogers.  From 1958 until his death, he performed for every US president with the last being President Barrack Obama.

After some years of hiatus due to the death of his manager So Hurok and his father in 1978, Van Cliburn made a comeback in 1987 by performing for President Ronald Reagan and Soviet President Mikhail Gorbachev at the White House. This was followed by a performance at the 100th anniversary season of Carnegie Hall. Cliburn also performed for several presidents and royal families across the world.

Van Cliburn has received several awards and honours including the Kennedy Center Honors in 2001, Presidential Medal of Freedom, from President George W. Bush in 2003, and Order of Friendship in 2004. He was honoured the Grammy Lifetime Achievement Award in 2004, and received the National Medal of Arts from Barack Obama, in 2011.

Harvey Lavan “Van” Cliburn Jr. was in a domestic relationship with mortician Thomas Zaremba for about 17 years. In 1998, Zaremba sued Cliburn claiming part of his income and assets for infecting him with HIV, resulting in emotional distress. Cliburn was diagnosed with advanced bone cancer, which his publicist made public on August 27, 2012. He died on February 27, 2013, aged 78. He was interred at Greenwood Memorial Park Mausoleum in Fort Worth.