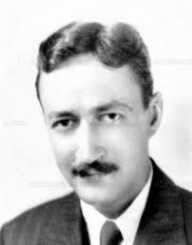 Nathan Pinchback Toomer was born 26th December 1894, to Nathan Toomer and Elizabeth Pinchback. He was born in Washington, D.C., in the United States. Toomer’s father was born in North Carolina and was sold as a slave. He worked as the personal valet both before and after the Civil War, for Colonel Henry Toomer. He later took Toomer’s name.

He was from a mixed-race union, as were the women he married. His first wife died, and when Toomer was born, his father abandoned both him and his mother.

Jean Toomer studied at segregated black schools in Washington, but when his mother re-married, and they moved to New York, he found himself at an all-white school. His mother died in 1909, and Toomer returned to Washington where he lived with his grandparents, his mother’s parents. He studied at the M Street School and graduated. After high school, Toomer went to six different universities over the next three years, studying a wide variety of subjects, but not graduating.

Jean Toomer was writing by this time, and after he finished at school, he moved back to Washington, D.C., and published several short stories. In 1919 he worked for a shipyard over several months but then took up life in the middle-class. It was a period of unrest with jobs scarce, and white fighting blacks to get the jobs.

Toomer had an interest in Eastern philosophies and spent eight months studying the subject. His writing at the time was political, and he had three essays published during 1919 for the socialist paper, New York Call. It was in 1919 that he changed his name to Jean Toomer. He was also able to stay away from being known as a Negro writer and had experience with both white and black society.

In 1921, Jean Toomer took on the role of Principal at an agricultural and industrial school for blacks in Georgia. The school was near to where his father had lived, so Toomer spent time tracing the roots of his father. As he became more knowledgeable about the life of blacks in the area and what they had to go through with segregation and even to have lynchings carried out while he was there in 1921 and 1922, Toomer began to identify more with the black community.

During this time, thousands of blacks were leaving the area and going North. The legislation was passed to try and stop them going, as the farmers didn’t want to lose their cheap labor. Toomer began to write of his experiences, and his story, Georgia Night, was sent to The Liberator in New York for publication.

In 1923, Jean Toomer published his novel, Cane, which has since become his best-known work. It was well received by both black and white critics. The book was written in three parts. The first part was about the experience of blacks living on farms in the South. The second part was about Northern life and more about the city. The third part was a piece of prose.

During the 1920s, Toomer became interested in George Ivanovitch Gurdjieff, a spiritual leader from Russia. Toomer went to France in 1924, 1926 and 1927, to study with Gurdjieff. In the late 1930s, he went to India, before returning to the U.S. and studying the likes of Carl Jung, Edgar Cayce, and the Church of Scientology.

Jean Toomer settled on the philosophy of Gurdjieff. His writing moved away from the political and became more spiritual.

Toomer continued to write some fiction, but mostly published essays in Quaker publications. He also devoted a lot of his time to the Quaker cause, taking part in community service. He stopped writing publicly in 1950, although he did continue to write for himself. He died in 1967.

In 2002, Jean Toomer was elected to the Georgia Hall of Fame.

Toomer married Margery Latimer, a writer, in 1931. Their inter-racial marriage caused a stir, and Latimer died in 1932 during childbirth, leaving Toomer, a daughter. His second marriage was in 1934 to Marjorie Content. The content was the daughter of a Jewish stockbroker, and this marriage, too, caused a stir.

In 1940, He joined the Quakers and started to move away from society.