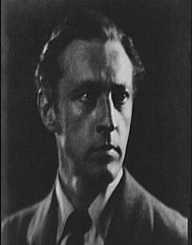 American actor John Barrymore was born John Blyth on the 15 February 1882 in Philadelphia, Pennsylvania. His parents were both actors, and he had two siblings, Lionel, and Ethel who also went into the theatrical world. His mother died when he was eleven, and he was mostly raised by his grandmother. In 1901, sometime after his grandmother died, John Barrymore went to England with his father. Around this time, he was interested in becoming an artist and studied painting and drawing.

John Barrymore attended various schools including Georgetown Preparatory School in the USA (1895-1897) and King's College School, Wimbledon (1898). He also spent a year at the Slade School of Fine Art.

Despite initial resistance to becoming an actor, John Barrymore made his stage debut in 1903 and acted subsequently appeared in light comedies and drama with success. In 1913 he made his first film, and this led to a successful career in the emerging film industry. Roles he made his name in in the theatre world include Justice (1916), Peter Ibberson (1917), The Jest (1919), Richard III (1920) and Hamlet (1925). His performance in Hamlet on the London stage won him many accolades.

Initially, John Barrymore appeared in silent films such as Dr. Jekyll and Mr. Hyde (1920), Sherlock Holmes (1922) and The Sea Beast. When sound was introduced into the film, he made the transition and appeared in Grand Hotel (1932), Twentieth Century (1932) and Midnight (1939).

John Barrymore has a star on the Hollywood Walk of Fame.

He suffered from alcoholism from a young age and died at the age of sixty on May 29, 1942.