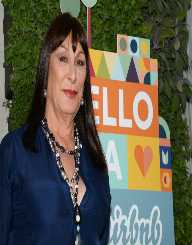 Anjelica Huston can briefly be described as an all in one person. She is an activist, former model icon, director, and a renowned actress. In fact, her family including her father, John Huston was in the entertainment industry. It wasn’t a surprise that she joined his father’s lane. She represented Huston’s generation by winning an Academy Award. She also cemented her glory by leading with an Oscar Award in 1985.This was due to her debut role in Prizzi’s Honor film. Despite her fame, he also made her way as a model. She also rose to fame due to her relation with a filmmaker, Jack Nicholson. After an Oscar award, Huston embarked on a more professional career where he turned into a star. Read further to understand more about her early and later life.

Anjelica seems to possess a composed and go-getter attitude. Most of all, she adores courage and strength during trying times. Above all, she cares about her well-being. Whether she is going to an outdoor function or not, her appearance matters the most. So, worry less if you tend to find her in different malls. She adores cheerful colors just as much as she loves her charming personality. At the age of sixty-five, she still recognizes her style. Allow me to say that good grooming is her second creator. I mean, she has a recognition personality when it comes to fashion. Even then, Anjelica seems to have her way of doing things. Yes, she can be a good risk-taker but a creative one and highly original.

On July 8, 1951, Anjelica Huston was born in Santa Monica, California in the U.S to a former dancer Enrica Soma and film director, John. At her tender age, Anjelica’s family went to live in Ireland where she spent most of her childhood years. It was unfortunate that her father was always absent due to his kind of work of setting new films. In 1962 their parents called it quits where Anjelica went to live in London. She dropped out of school in the mid of 1968 where she opted to pursue acting. It was here that she got an opportunity to audition for Romeo & Juliet film with success. She was lucky to have a father who had similar dreams and ambitions. In that case, Huston managed to appear in some of her father’s films. In the process, she appeared in movies like A Walk with Love and Death in the mid of 1969.

Anjelica left the big screen for over a decade where she concentrated more on modeling and theater work. Anjelica’s mother, Enrica had a severe accident on the road where she died on the spot. It was here that Huston reinstated to her acting career. She took up both small and big roles as well as television episodes and films. Her early roles included films like The Postman Always Rings Twice in partnership with Jack Nicholson. She also made a stance at Laverne and Shirley show.

In the mid of 1984, Anjelica Huston starred in his father’s film: The Ice Pirates that took her to the stardom league. She followed it up with Prizzi’s Honor the following year where she received her first award. From 1987 to 1989 she appeared in films like Mr. North, James Joyce’s, and The Dead among others. After a short pause, she starred in two miniseries titled Lonesome Dove that was rooted in Larry McMurtry novel.

In two years, Huston began to play as a crime suspect, enemy, a witch and much more. It was here that she appeared in both big and small roles in A Love Story, the Grand High Witch in The Witches, and The Grifters among others.

In 1996 Angelica took a directive career where she filmed a movie called Bustard out of Carolina followed by Agnes Browne. From 2001 to 2007 she played unique roles in the films like The Darjeeling Limited the Royal Tanenbaum’s as well as The Life Aquatic with Steve Zissou. Throughout her career, Anjelica populated the world of entertainment by starring in over 80 films together with several television roles. Her effort and persistence paid off since she went back home with forty awards, including several Oscars.

At 21 years of age, Anjelica Huston dropped out her modeling career where she moved to New York. It was here that she met with Jack Nicholson with whom they had a romantic relationship for a long time. They also appeared together in the main films like Prizzi’s. The two lovebirds could have become perfect couples, but Anjelica wasn’t okay with Nicholson womanizing nature. They parted ways later on, and it was after several years that she got married to Robert Graham, a Californian sculptor in 1992 till his demise in 2008.