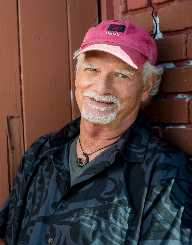 Bill Kreutzmann was born on May 7th, in 1946. He is famous for being an American drummer. For a period lasting 30 years, he played for the Grateful Dead rock band.

Bill Kreutzmann was born William Kreutzmann Jr. on May 7th, in 1946. His birthplace was in Palo Alto in California. He is the son of William Kreutzmann Sr. and Janice Beryl. At the tender age of 13, Kreutzmann had begun playing drums. Despite being discouraged while he was in his sixth grade by his music teacher that he could not keep a beat, he never lost hope.

In late 1964, Bill Kreutzmann alongside Phil Lesh, Bob Weir, Jerry Garcia and Ron McKernan founded a band called Warlocks. The band landed on its first gig in May the following year. Later, in November 1965, the band changed its name to the Grateful Dead.

In 1967, Kreutzmann crossed paths with Mickey Hart. It did not take time before he also joined the band. Interestingly, Hart was also a drummer. This made the band earn recognition for it was among the few band groups that had two drummers. The duo combined their talents and played together rhythmically. After that, they were dubbed as “the Rhythm Devils.”

Bill Kreutzmann continued playing with the band until it was dissolved. This occurred as a result of Jerry Garcia’s death in 1995. In 1994, however, Kreutzmann alongside other band members were admitted into the Rock and Roll Hall of Fame. Years later, the band members also bagged home a Grammy Lifetime Achievement Award in 2007.

After Grateful Dead, Kreutzmann went ahead and partnered with Edd Cook, a bassist, and Rick Barnett, a guitarist. Together, the trio released an album titled Backbone in 1998. Shortly after this, Kreutzmann was again invited to join his former band members in another band called the Other Ones. He joined the group in 2000. In 2003, they opted to change the name of their band group to The Dead.

Bill Kreutzmann is a proud father of two children namely Justin and Stacy.