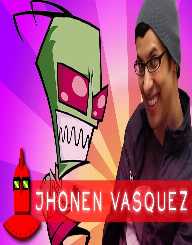 Jhonen Vasquez is the creator of the famous and super hit animated series, Invader Zim. He is known to be a cartoonist and comic book writer who holds a great and special place in the hearts of different young fans of the nowadays. Most people relieve their lives through the adventures of their comic book superhero. He always considers himself to be alucky one as he gets to do what he loves to do for money. His first love is drawing, and he spent much of his time in the class drawing and sketching.

He was known to be one of the leading contributorsto the School’s student newspaper. During this time, Jhonen Vasquez created his comic character with stories that are published in the newspapers. Being an Avid reader of superhero comics, he was influenced by “Teenage Mutant Ninja Turtles” comics book by Peter Laird and Kevin Eastman. Being a very creative fellow and a professional cartoonist, he was able to enrollat De Anza College where he studied films. He published his first comicbook of Jonny the Homicidal Maniac being the adventures of a young man named Johnny C. Jhonen. He later created an animated television series, Invader Zim which airs on Nicktoons.

Born on the 1st day of September 1974 in East San Jose, California, he attended Mt. Pleasant High School where he showcased the love for drawing and spending a lot of time in the school doodling on his sketchbooks. Jhonen Vasquez is known to have designed the preliminary sketch which later became the popular Johnny C. character as a student. He also created several strips which got published in his school’s newspaper. Most of the time, he created comic books for his friend and created Happy Noodle Boy at the request of one of his friends over a period. Jhonen Vasquez was influenced by the Teenage Mutant Ninja being an avid reader of his older brother’s superhero comics. He eventually graduated in 1992 from high school to study films at De Anza College but eventually dropped out before the completion of his degree.

His career began as a professional cartoonist upon leaving the college and later became acquainted with Roman Dirge, TavishaSimons, and Rosearik Rikki at Alternative Press Expo in 1995. They eventually worked with him in some of his projects. He created his first comic book, Johnny the Homicidal Maniac in 1995. The comic book is about Johnny who is possessed by supernatural forces which make him commit a string of murders. The comic was printed in black and white with stylized and geometric cartoon character with a special feature of speech balloons which change according to the tone of the speech.

The project was highly successful and a spin-off series Squee was published by Slave Labor Graphics in 1997, and this revolved around an introverted and bullied kid called Squee. Later on, four issues were published which were collected as a trade paperback book. He went ahead to write a double shot, full-color comic book, I Feel Sick, and this revolved around the Character Devi D. His friend Rosearik Rikki Simons colored this project. Devi is a tortured artist who maintains her sanity in an insane society.

Jhonen Vasquez further went on to create a 16 page one-shot comic, The Bad Art Collection. This project was however completed with one of his high school years drawings. His comic books and the success associated with it brought him into the position of a celebrity cartoonist. Jhonen Vasquez later got approached by Nickelodeon for the creation of an animated series. He then created Invader Zim which was premiered in 2001 and targeted at children. He laterworks with Crab Scrambly’s collaboration to produce Everything Can Be Beaten which got published in 2002. He created many of the characters in Randy Cunningham: 9th Grade Ninja in 2012.

Jhonen Vasquez is the creator, character designer and voice actor for the popular television animated series which was aimed at younger ones and have won several awards.