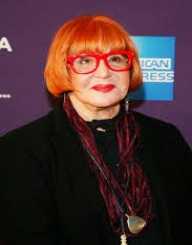 American talk-show host Sally Jesse Raphael was born Sally Lowenthal on the 25 February 1934 into wealthy family in Easton, Pennsylvania. She was raised in Westchester County, New York until the age of 12. The family relocated to San Juan, Puerto Rico, returning to the United States in the 1950s. She had one sibling, a brother Steven Lowenthal.

Fluent in both Spanish and English, Raphael worked as a news correspondent for Associated Press in Central America as well as in television and radio in Puerto Rico. She then relocated to Miami, Florida and worked in radio. In 1981 she had a breakthrough when employed to do a radio show advice-line (1981-1987).

Sally Jesse Raphael's success with the radio advice-line led to a television talk show The Sally Jessy Raphael Show (1983-2002). The show was a major success and she developed a large following. In 2002 her show was canceled. It had run for 18 years.

The Sally Jesse Raphael radio show ran on Talknet from 2005 until 2008.

At 18 Sally Jesse Raphael married Andrew Vladimir and the couple had two children: Allison and Andrea. (m.1953-div.1958). She married Karl Soderlund in 1962. Raphael’s daughter Allison died from an accidental drug overdose in 1992.