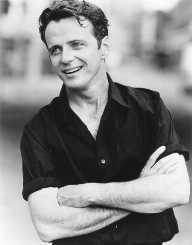 American actor Aidan Quinn was born on March 8, 1959. As a kid, he was raised in both United States and Ireland, since the family often moved back and forward from Dublin to Illinois and Chicago. His parents have devoted Catholics. His father Michael was an English teacher, but his mother Teresa worked as a bookkeeper in a travel agency.

The Quinn family had five children. Aidan became interested in acting at a very early age. He first started working when he was 19 years old. He attended the Rockford West High School in Rockford, Illinois.

Aidan Quinn’s stage debut was in 1978 when he starred at the play The Man in 605. He was a part of the Piven Theatre Workshop in Illinois. Quinn’s first significant role in a movie was in 1984’s Reckless. The film had minor success, and his role in the film went mostly unnoticed. His crucial breakthrough was the 1986 film Desperately Seeking Susan. He portrayed the character Dez, a man who the main character played by Rosanna Arquette was interested in. The movie also starred Madonna in a supporting role.

His next project was the TV film An Early Frost. The movie tells a story about a gay lawyer dying of AIDS. For the role, Aidan Quinn received an Emmy award nomination. This project was first to address the sensitive subject of AIDS.  His next project included starring along Robert De Niro in The Mission, as well as the action comedy Stakeout.

In the 1990s, Aidan Quinn appeared in several successful projects, like Legends of the Fall, Haunted, Evelyn and This is My Father. In the 1990’s movie Avalon, Quinn portrayed a son to a Jewish family in the 1920s, struggling to overcome many difficulties. His eldest daughter also starred in the film as a baby.

Quinn has also portrayed Paul McCartney in the VH1 TV drama Two of Us. He later accidentally met McCartney in his hotel, and they became real-life friends. He was the lead actor in NBC drama series The Book of Daniel. The show was unsuccessful and got canceled only after three weeks of running. The actor’s second Emmy nomination was for the TV movie Bury My Heart at Wounded Knee. Currently, Quinn is co-starring in the popular CBS TV series Elementary.

In 1987, Aidan Quinn married his co-star from the movie Stakeout, Elizabeth Bracco. The couple has two daughters - Mia and Ava Eileen. Both of his daughters have appeared in movie projects. He currently resides in Rockland County, New York. His brother Paul was a director but died at the age of 55 after a long battle with cancer.

Aidan Quinn takes part in a lot of charity projects. One of these is the East Lake Foundation - a project for community redevelopment. He is also a part of Samuel L. Jackson’s campaign for testicular cancer awareness One For the Boys. He has even spoken for Autism awareness. His youngest daughter has autism.