Fathers Symbolism Meaning: Be Available For Others

The power, meaning, and purpose of fathers symbolism are vital to understanding. Parents make up the foundation of a person’s life. So it makes sense that cultures have associated specific symbols with them throughout history. Although fathers are all different and unique, some common themes exist generally in the paternal archetypes.

Symbols and Meaning of Fathers

While mothers and the maternal archetype are the more common of the parental legends, father symbolism is much less prolific. This is symbolic in and of itself. Fathers are often under-appreciated and are pushed to the sidelines. In one sense, this may seem unfair.

However, with further inspection, it does make sense, as fathers are typically more present as background workers with more subtle, yet equally important roles.

Oftentimes, they make up the solid foundation that holds up the entire family structure. In addition, they act as the enforcers, providers, and protectors. In a general sense, most fathers can be thought to symbolize things such as a separation of power and duties, assertion, regulation, logic, order, and rule. Additionally, dads have an association with stability, provision, and teaching. It is up to you and your individual experience to determine what your dad symbolized to you.

What does fathers symbolism mean spiritually? It would be brilliant to become the most reliable person to boost trust and reinforce relationships. You need to be self-confident, live with top-notch integrity, and honor your promises. As a reliable individual, you lead by example and deliver excellent results.

The spiritual meaning of the father symbol shows that it would be wise not to aim in pleasing others or overpromise on what you may not meet. Also, learn to draw your boundaries by avoiding non-committal responses. Instead, be clear and direct in a polite manner instead of appeasing the other person and ultimately disappoint them.

The Sun: Symbol Of Fathers

As stated before, solar symbols are thought to be paternal. Obviously, then, the sun must be considered a direct symbol of fathers. With its radiating warmth, sense of giving, and crucial provision, the sun plays a role in numerous cultural myths regarding fathers.

The meaning of fathers symbolism implies that it would be excellent to remain truthful all the time. Do not do or say things that will lead people to believe in something that is not true. Also, learn to do the right things all the time even if they contradict common or familiar things. Besides you need to support those struggling or overwhelmed in life and bring relief to them.

If you see a father symbol let the other person know of any changes of the plan early enough if you made a promise and feel that you can’t fulfill it for a reason or another. Do not wait until the last minute to surprise them. Additionally, ensure that you finish what you have started.

A deceased father symbol reminds you to keep your word by letting your actions conform to what you say. Avoid excuses or blaming others for your shortcomings. Instead, own up for your mistakes and promise not to repeat them. Moreover, you should not focus on perfection but strive for the best as you move forward.

The fathers symbolism power signifies that it would be excellent to seek feedback from your loved ones, colleagues, or friends to understand yourself better. However, ignore unconstructive criticism. Again boost your reliability by aligning your actions with your values all the time.

The father symbolism dream meaning tells you to reach out to the needy and help them where you can or guide them where they can get better help. Moreover when you offer support to people in need do not ask for a return the universe will pay back indirectly.

The father spirit shows you to surround yourself with guys who demonstrate high levels of reliability and learn a skill or two to improve your desire for reliability. Take the small steps by focusing on one action and create a habit and soon you will be the most reliable individual know around. 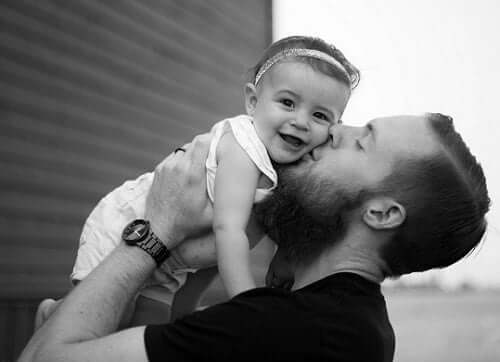 Fatherhood has traditionally male connotations, such as a strong and assertive type of energy. Their traits are typically in the realm of dominant characteristics that makes the family feel safe. This is probably because they have served multiple roles throughout history – they are very rarely just fathers.

They have also been workers, friends, and soldiers, whereas women have typically remained in the home, at least throughout most of history. Consequently, when we examine symbols that are associated with fathers, we often see themes of provision and protection linked with their more paternal roles.

We can break down the most commonly observed symbols into three distinct categories: mythology, the animal kingdom, and nature in general. In most ancient mythologies, each of the male gods was a father to many. For example, the Greeks considered Cronus, the father of the Titans, as the parent of the first deities in all of Greece. Thus, he is somewhat “the model father”.

A little to the West, the ancient Romans also had a father-like deity, Jupiter. As the god of the sky, he was considered the supreme deity and, thus, the father of civilization. Later, the Christians would recognize God as the ultimate father, the parent of Christ. Other ancient cultures including Hindu, Norse, Egyptian, Celtic, and Native American also put great value on their father figure gods.

In the animal kingdom, we can also observe the divide between more feminine and maternal behaviors versus the paternal ones. Behavior and appearance are just a few of the elements that determine whether an animal is viewed as motherly or fatherly. The following animals are most often govern the fatherly domain. First and foremost, we must remember that solar animals are thought to be masculine, while lunar animals are feminine.

It makes sense then that the solar eagle, ablaze with strength and energy, is a strong symbol of fathers. Additionally, the eagle was thought to be sacred in the eyes of the father gods Zeus and Jupiter, who were often depicted with them in artworks. The falcon animal totem is another powerful bird that excels in hunting, providing, and protection and is thus considered very paternal in nature.

Rounding out the most commonly accepted father animals is the mighty stag with its dominant antlers that are both tools and/or weapons. This shows the diversity of utility that fathers possess and also symbolizes the wisdom and status that are obtained through aging and life experience.

Similarly, lightning bolts are also believed to be connected with fathers. This is perhaps due to fathers’ wise and helpful intervention and lightning-fast instincts to protect their own. It was thought to be a major message from the great father by the Native Americans, as well. More generally, both of these objects appear in the sky, another great symbol of fathers. Expanding and pervasive, the sky watches overall. Additionally, the gods that represented fatherhood were housed there.

Dreams are not too difficult to understand if you know how to interpret the symbols in them. Like all other symbols, the appearance of fathers in your dreams has specific connotations. Fathers are meant to be the idols of their children, exercising a sensible nature and conveying a sense of responsibility.

In a word, Father Symbolism reminds you of being the most reliable person among those around you. Find better ways to ensure you boost your service better.