Wind symbolic meaning represents being firm about yourself and being in full control of your life to avoid being swayed by some changes. In other words, you should not just follow the direction of the wind but do what your mind wants you to do. Perhaps, you need to develop yourself by working hard now and make sure that you are done with everything before moving to another phase. Notably, you will face different changes in your life whereby some can be good to your life and some can disappoint you.

Wind meaning signifies that you should not be the same person always but do something that will bring difference from the person you were yesterday. This is your chance to make difference in your life. You have the ability to change everything in your life. Besides, if you don’t like anything in your life then you have the ability to change. More so, this is your greatest chance to do things that will push you to another level. Equally, you deserve to live your dream life by willing to make things happen.

Native Americans were very in tune with their natural surroundings. As highly receptive people, they attributed a large degree of symbolism to everyday creatures, plants, and occurrences. They did this in a way that most people would not typically be inclined to engage in. One of the most important natural phenomena that they focused on spiritually was the movement and sound of the wind. They saw the wind as a god and autonomous living force with amazing capabilities and powerful messages.

To them, the wind was a chief communicator that spoke in a sophisticated and deep language that could only be accurately interpreted by a select few: shamans, medicine men, and the wise leaders in each tribe. In order to hear and understand this language, gifted people must force themselves to listen carefully to the messages that the wind carries. 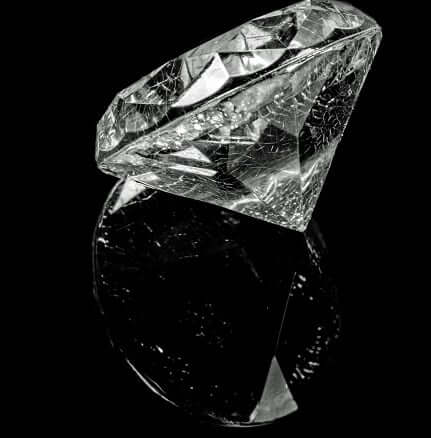 Native American wind motifs show that you have to show concern about your life because no one can. Actually, you are capable of achieving everything you want in life. Any condition in your life is not permanent. So, you should be patient and wait for every change because you grow by facing different changes in your life. On the other hand, your willingness will help you get what you deserve in life. Simply, you have to get to some stage in life to understand who you are and what you can do to make you a greater person.

Wind symbolic meaning represents the cultures that you set yourself in life to avoid being distracted by other things. What you are doing will take you to the destination. Basically, you don’t keep in mind what is coming your way. Your presence in the worldly realm is to bring positive impacts that will change the universe into a better place. Equally, your hard work and smartness will justify your mentality towards your future.

Most Native American tribes have specific motifs to symbolize the wind. The Navajo, Apache, and Hopi, for example, utilize the diamond shape, which serves as a protective emblem and symbolizes the powerful four-fold nature of wind. As a symbol of life, the wind and this four-sided symbol signify some of the most crucial elements of life: freedom, eternity, unity, and balance.

More so, diamond symbolism indicates that you should consistently take advantage of the time you have now. Your creativity will make you different and you can be in a position to see things differently. Perhaps, you have to see yourself as a winner and take every challenge as a process to become a better person. Notably, do not let your attitude become a liability to your future.

In Inuit culture, the wind was perceived as an important air spirit that placed high in the ranks of the Sila, or wisdom and weather. In their eyes, this air spirit was in control of the seas, skies, and, most obviously, the wind. Most of the time, the air spirit was kind, generous, and advantageous to the people. However, it was also capable of unleashing nearly inconceivable wrath against people who had committed wrongdoings, such as lying, begging, and stealing. The wind would then invoke punishment on these sinners in the form of illnesses, foul weather, and poor hunting. As we can see, this was a spirit that was not to be tampered with. It was highly respected, prayed to, and feared.

In what is now called Canada, the Micmac tribe had a legend containing a hero named Strong Wind. This character was essentially a vigilante, turning evil people into thin aspen trees. The Micmac uses this story to explain how the aspen tree moves in the wind: they tremble and shake in fear whenever the Strong Wind comes near their forest.

In deeper meaning, a strong wind shows that to become successful then you have to put yourself in an uncomfortable situation. Basically, you have the favor to get out of the storm sometimes and you can re-invent yourself. Actually, you can live a life of happiness by taking the right steps. Equally, it is your chance to choose your steps wisely.

Outside of North America, the mighty Aztecs also recognized the significance of the wind. In fact, they also had an entire deity within the wind, Ehecatle. This god was believed to control the orbit of the sun and moon with its breath. Seemingly, you are facing some tests in your life that will determine where you will get to do. Probably, you have opportunities that will give you a perfect chance to live your dream life.

No matter which area of the world or which tribe you consider, there are obvious themes in Native perceptions of the wind. In all these separate cultures, the wind appears to be personified as a powerful and divine being. This serves as a messenger, rewarding and caring for the well-doers while admonishing and teaching a lesson to wrongdoers.

By doing this, the wind uses each of us to set an example; it is not an unjust or corrupt kind of spirit. Its behavior is symbolic of all that is good and just in life. The mighty wind is capable of manipulating many kinds of energy, both physical and spiritual, and we have much to learn from its intricate language.

These wind spirit(s) are more beneficial to humans than most of us care to think about, but the Native Americans recognize and embrace this fact. It also serves as an adviser, speaking to the select few who are wise enough to hear it, according to the Natives. However, we, too, can learn from the voice of the wind. We need only open our eyes and ears.

Generally, wind signs symbolize your behavior and how firm you are in your life. In other words, it is your chance to fight to live a good life. Never keep in mind the failures you are facing but keep pressing on until you see the difference in your life. Equally, your dreams will come through when you trust in God.