Symbolism is in everything, but one thing does not symbolize everything. Family is highly important to most people, so the symbolism behind it is interesting to them. There are many animals that are great at representing the important aspects of a family, and there are some plants that are great at symbolizing care and love as well.

The things in this article do not only symbolize family, but many other things as well. If you want to learn more about plant, animal, or other symbolism, then you can read more articles like this one here on Sunsigns.Org!

Trees are great symbols of family in general, although some trees can better symbolize it than others. Deciduous trees, the ones that lose their leaves, are a better representation of family than the trees that do not lose their leaves. This is partly because death and renewal is part of family, and partly just because of the shape of these trees.

Most people map out their family heritage in family trees. This could be what influences the tree’s symbolism so much. Family has branches that can flourish, or that die off and do not bear fruit. Other animals like birds and squirrels make their home in trees, raising their families there as well. Trees provide life for many of the earth’s creatures, both for human and animal families. 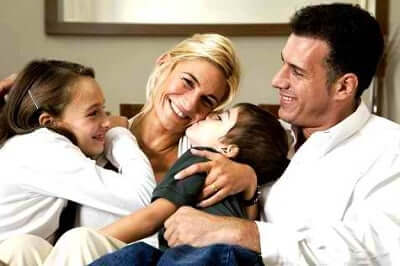 One animal that perfectly represents motherhood is the bear. This creature is known to fiercely protect her young. The mother bear will do whatever it takes to keep her cubs safe. This is true of most human mothers as well. Many mothers do whatever it takes to keep her children safe. These mothers provide for their children as well. They never put themselves before their children either.

Unlike some other animals, the mother bear stays with her cubs for years instead of only months. She ensures that her cubs are safe and learn what they need to before they make their way into the wild on their own. This is much like human mothers who teach their children about the real world.

One object that does a great job at representing family is the bird’s nest. These of course, being the nests of robins and the like. These birds spend hours building the perfect nest to lay their eggs in. People who have children that have all moved out of their house are often said to have an “empty nest.” The bird’s nest makes a great home for the baby birds and their parents, just like how actual houses make great homes for people and their children.