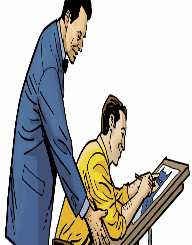 Bill Finger was born on February 8, 1914. He was an American comic book and strip writer. He contributed to the development of the character of Batman. His contributions were recognised after his death. He also wrote Green Lantern stories.

Bill Finger was born on February 8, 1914, in Denver, Colorado. He was born into a Jewish family. He was born to Louis Finger and Tessie. He was brought up alongside two siblings, Emily and Gilda. He attended DeWitt Clinton High School in The Bronx.

Bill Finger started his career as a shoe salesman. In 1938, he joined Bob Kane’s nascent studio. Kane offered him a job as a ghostwriter of the strips ‘Rusty and Clip Carson.’ In 1939, he started developing the character of Batman. He wrote the initial script for Batman’s debut in ‘Detective Comics.’ Kane, on the other hand, provided the art. Batman was a success, and so Finger wrote several Batman stories. He also contributed to the Joker character. He is also accredited for providing the name ‘Gotham City.’ He wrote the debut issue of Batman’s self-titled comic book series which introduced the Joker and the Cat woman.

Bill Finger later left Kane and joined DC Comics where he wrote scripts for the characters of Superman and Batman. He also introduced the characters ‘Ace the Bat Hound’, ‘Bat Mite,’ ‘Clay Face’ and ‘Betty Kane’ in the Batman work. He also wrote for companies such as Fawcett Comics, Marvel Comics, and Quality Comics. In 1946, he created the All Winners Squad in ‘All Winners Comics.’ In 1994, Kane appreciated the fact that Finger assisted in the creation of The Joker. He also wrote the films ‘Death Comes to Planet Aytin’, ‘The Green Slime’ and ‘Track of the Moon Beast.’ He also contributed scripts to the Television series ‘Hawaiian Eye’ and ’77 Sunset Strip’.

Bill Finger married twice in his lifetime. His first wife was Portia with whom he had a son Frederick. They later divorced, and he married Lyn Simmons. He died on January 18, 1974, in New York. He died at the age of fifty nine. He was cremated, and his ashes were spread in the shape of a bat on a beach in Oregon.