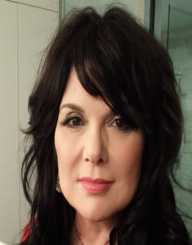 Ann Wilson was born on June 19, 1950, in San Diego, California, USA. Her parents are Lou and John Wilson. She also has a sister, Nancy, who she was in a band with.

When Ann Wilson was a child, her family moved around often, as her father was in the military. There were not many constants in her early life, but the music was one of them. When she was a teenager, she began learning how to play the guitar. Also during her high school career, she began practicing singing. Many of her family members were also musically inclined, including her father and sister.

After high school, Ann Wilson began focusing on music full-time. However, it wasn’t until 1970 that she joined a serious band. The band, Heart, had formed several years earlier and changed names several times as well. The other members of the band when he joined were Steve Fossen and Roger Fisher. In the band, she was made the lead singer.

In the 1990’s, the band was beginning to lose popularity. During this decade, the band only produced two albums: Brigade and Desire Walks On. After Desire Walks On was released in 1993, the band took a hiatus. It wasn’t until the 2000’s that they resumed producing music together.

During her break from performing with Heart, Ann Wilson was a part of another band called The Love Mongers. She produced one album with this band called Whirligig in 1997.

Once Heart was back together in the 2000’s, the band quickly resumed making albums. Their albums, from 2000 to their most recent album in 2016, are listed below.

Outside of their studio albums, the band has also released eight live albums, ten compilation albums, and sixty-four singles. The band continues to make music as of 2017.

Ann Wilson has many awards because of her long career in Heart. Some of the band’s, and hers, most impressive awards are listed below.