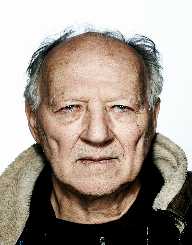 Werner Herzog Stipetic was born on 5th September 1942, to Dietrich Herzog and Elizabeth Stipetic, who were both biologists. He was born during World War II, and when only a couple of weeks old, the house next door got bombed. Herzog’s mother took refuge in the Bavarian Alps. His father abandoned them.

The family moved back to Munich when Herzog was 12. He had a sister, Sigrid, and two brothers, Tilbert and Lucki Stipetic. Lucki is also in the film industry, working as a producer.

As hard as it is to believe, Herzog had never heard or played music before the age of 18. At a young age, he used to go on long treks, quite often by foot, and it was during this time that he knew he would become a filmmaker.

During high school, Werner Herzog couldn’t find anyone interested in producing his films, so he worked nightshift as a welder, and saved his own money to fund his projects. He won a scholarship to Duquesne University, but he only lasted a few days before leaving. He also studied history and literature at Munich University, but only for a short while.

He lived in the United States for some time, but whilst working on preproduction of a documentary for NASA; immigration caught him in violation of his visa status. He fled to Mexico to avoid charges.

Before Werner Herzog had finished school, Herzog had bought himself a house in Manchester, England, which was where he learned to speak English.

Herzog’s career began in 1962 with a short film called Herakles. Herzog is considered one of the fore-runners of the West German cinema movement. The movement created documentaries on low budgets. He not only used professional actors but was also well known for using locals when he was filming. Herzog’s filming crew and the acting cast had a small core of regulars that joined him on each film. This would have been very beneficial for Herzog, as the crew understood the style in which he worked.

Some of Werner Herzog’s more famous films included, Aguirre, The Wrath of God, Nosferatu the Vampyre, and Fitzcarraldo. All these films were critically acclaimed. More recently, in 2015, Herzog directed the movie, Queen of the Desert, with Nicole Kidman as the lead actress.

Herzog has had a very busy career. To date, he has made 19 feature films, seven short films, 29 full-length documentaries, and eight short documentaries. He has also written or co-written seven films.

He has acted in over 20 movies and directed nearly 20 different opera productions. Herzog has written four books and eight screenplays.

The critically acclaimed “Aguirre, the Wrath of God” was released in 1972. The film was both written and directed by Werner Herzog. This would be his best-known film, and Time magazine has it in their “All Time 100 Best Films”.

Werner Herzog has won many awards and been nominated for even more. Some of his notable wins include:

Werner Herzog has been married three times. His first marriage was to Martje-Grohmann in 1967. The pair divorced in 1985. During their marriage, they had a son called Rudolph.

His second marriage was to Christine Ebenberger in 1987. He had another son to Ebenberger, but he divorced again in 1997.

In 1996, Herzog moved to the United States, where he met Elena Pisetski. They married in 1999. He had a third child, Hanna Mattes with his partner at the time, Eva Mattes, in 1980.

In 2009, Werner Herzog opened his film school, The Rogue Film School. This was due to his dissatisfaction with the mainstream film schools. His subjects are quirky, and the school runs a seminar once a year, which Herzog himself takes. He teaches his students to think outside the box, and not to become just run-of-the-mill filmmakers taught by academics.

By personally potential training filmmakers runs a seminar once a year, which Herzog himself takes is passing on his style and technique which will hopefully mold the young filmmakers of the future.