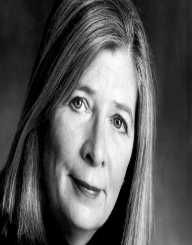 Barbara Orbison was born 10th January 1950. She was born in Germany.

Barbara Orbison was 17 years old when she met her future husband, the legendary singer, Roy Orbison. They met at a nightclub in Leeds, England, while Roy was touring Britain. Only a few weeks after meeting, Roy tragically lost two of his sons in a house fire. He had one surviving son, Wesley.

Barbara Orbison became her husband’s manager during the 1980s. She produced the album he released in 1987, and also produced his televised music special, Roy Orbison and Friends, a Black and White Night. The televised special was critically acclaimed and very successful.

Her husband, Roy, died in 1988. Barbara Orbison took over his business affairs and decided she would commit herself to keeping his music alive for future generations. As part of this, she collaborated with Jeff Lynne, a fellow artist who had his own extremely successful career with Electric Light Orchestra.

They released the King of Hearts album in 1992, and she also co-produced a stage musical, Only the Lonely: the Roy Orbison Story.

Barbara Orbison also had a music publishing business called Still Working Music, which she founded in 1990. The company is still running today, managed by the couple’s youngest son, Alex. Further misfortune struck the family in 1993 when their Malibu home was destroyed in bushfires. Barbara Orbison moved to Nashville, where she bought a house, as well as a suitable property for her music publishing company.

In 2008, Barbara Orbison, in conjunction with her son Roy Junior, co-produced a four-CD boxed set of Roy’s recordings, of which there were 107. The set covered everything from his very early recordings, right through to his last live performance. Barbara Orbison also produced the album, Roy: A Tribute to Roy Orbison, by Damien Leith. Sony BMG in Australia released the album on 15th April 2011, which would have been Roy’s 75th birthday.

As well as the legacy of her husband’s music, Barbara Orbison was involved in charities to help homelessness. In 1990, she produced a Roy Orbison tribute show, which raised over $1 million for the homeless population of Los Angeles.

Barbara Orbison also founded “Orbison House,” which is a residence in Los Angeles for homeless people who are mentally impaired.