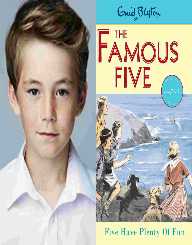 Bleu Louie Landau is a British model and Child actor. He was born on 16 November 2005 in Bexley, Kent, England. He has an older brother named Beau John Landau.

Bleu Landau was first in a Virgin Atlantic advertisement as a younger child. He has modeled for several brands like Avon, M&S, La Petite, River Island to mention a few.

Bleu had been a model for some years before he made his first appearance in television. He is presently on the EastEnders show on BBC one where he replaced Harry Hickles in 2015. His first appearance was on September 15, 2015, and he has been going strong since. Before this time, Dennis Rickman Jr. has been played by Harry since his introduction in 2012. There were questions by fans of the show about Bleu Landau’s ability to portray the life of the every-day working-class inhabitants of EastEnders, the plot of the show.

There have similarly been questions about Bleu Landau’s career on the EastEnders show. The show has had many changes to its cast members since the premiere of the show on 19 February 1985. It appears the most notorious cast change is the one Bleu Landau has taken up. More so, the face and look of Dennis Rickman Jr. have entirely changed by this recast.

Notwithstanding, however, this recast that has Bleu in it is one that makes many fans of the show happy. It appears he has proved himself and has shown to be quite suited to the role.  It is only hoped that his time on the show will not have as short a lifespan as some of the others.

His cast in the EastEnders BBC series garnered him a lot of recognition. Next, he was cast in a minor role playing Dennis in the TV movie Bobby Beale: The Story So Far in 2016

Bleu Landau has also been featured in the annual BBC children’s charity telethon, Children In Need.

The young budding actor Bleu Landau is set to make his debut in a feature film. He is set to be cast alongside Jude Law in the fantastical action adventure drama film Knights of the Roundtable: King Arthur.The release date for this movie is still pending. It will be released in 2017. This is a high profile movie, and it could bode very well for the career of young Bleu Landau.

When he is not acting and modeling, Bleu Landau is known to play Golf and football. He is not yet very active on social media. He only has a twitter account, maintained by his parents. He has a very small following there, and it does not represent his actual fan base.