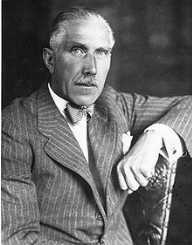 Franz von Papen was born a Roman Catholic on October 29, 1879, in Germany. He grew up in a wealthy aristocratic family. In 1891, he joined the military as a cadet. He spent four years in service, before joining the senior Prussian Military Academy in 1896. He graduated after three years. He served in the royal palace until 1913. Papen was promoted to the rank of Captain and decommissioned from the palace. He was a loyal supporter of the German king.

In December 1913, he left the German royal palace. He was appointed as a diplomat to the US and Mexico. He unsuccessfully tried to help the Mexican dictator Huerta stay in power by procuring arms for the Mexican army. Papen sabotaged the business interests of the Allied European countries fighting the Germans in WW1. He created a network of clandestine bombings of their interests in New York. He assigned US nationals of German origin in every task.

He assisted Huerta in his bid to recapture power in Mexico. Papen assisted the Indian movement against the British. He financially plotted for the overthrow of the Canadian government. He was expelled from the US for violating his diplomatic status in December 1915.

Papen rejoined the army to fight in WW1. He fought on the several fronts defending the Germans from the British. He suffered a humiliating defeat in the Battle of Vimy Ridge against the British Canadian soldiers. He was transferred to the Middle East. He fought alongside the Ottoman Empire in Palestine. When the Ottomans surrendered to through a peace treaty, Papen returned to Berlin. He became a Lieutenant General of the army. The German king abdicated his throne and German became a republic.

Papen joined mainstream politics as a member of the Center Party. He served in parliament from 1921 to 1932. In parliament, Papen became a rebel in his own party. He never voted along party lines. He supported the opposing side when crucial elections were conducted.

On June 1, 1932, Papen was appointed the Chancellor or Prime Minister of Germany. President Hindenburg made the appointed under influence from General von Schleicher. Papen faced opposition from his party or accepting the position. He left the party on June 3, 1932. He dissolved parliament and called for elections. On July 31, 1932, the Nazi Party won the majority seats in parliament. Papen appointed Hitler the Vice Chancellor of Germany.

On September 12, 1932, the new parliament met for the first time. The Communist party initiated a vote of no confidence against Papen. The Nazis voted for the motion. Papen called for another election. In November 1932, Hitler and his party lost some of their seats in parliament. Papen failed to garner a clear majority to govern. Papen tried to form a coalition with Hitler, but the Nazis refused. Papen resigned and formed a transitional administration. President Hindenburg appointed General Schleicher as the new Chancellor.

Papen met with President Hindenburg met in a bid to undercut Schleicher. They agreed to form a government with Hitler as the chancellor. Hindenburg engineered a vote of no confidence in Schleicher. In a bid to save face, Schleicher resigned on January 28, 1934. Hitler was appointed the German chancellor with Papen as his Vice on January 30, 1934. Hitler got three ministers, while Papen got eight. Hitler used parliament to gradually alienate Papen. He sent Papen on foreign trips while secretly undercutting his influence. In his response, Papen openly opposed Hitler in public forums. Hitler slowly turned Germany into a police state using the constitutional drafts that Schleicher promoted earlier.

Hitler used the new martial laws to purge his opposition. President Hindenburg was unable to help Papen. President Hindenburg died on August 2, 1934. Papen was left without an ally to curtail Hitler. Hitler appointed Papen ambassador to Austria in 1934. Papen assured the Austrian government of the German goodwill in the thawed relations. He proposed the inclusion of the Nationalists in the Austrian government as a gesture of national inclusivity. Papen stopped the German press from openly attacking the Austrians and vice versa. Papen improved the relations between the two countries.

On April 27, 1939, Papen arrived in Turkey as the German ambassador. He served as the German envoy until 1944. As German invaded Poland on September 1, 1939, Turkey allied itself to the Western Axis. Papen labored to keep Turkey under German’s influence. He maintained a good diplomatic approach in the wake of Nazi aggression in Western Europe. Papen signed three economic treaties as the German envoy by 1944. He outmaneuvered the British in keeping the Turks neutral in the war.

In April 1945, Papen was captured by the Allied forces after the fall of the Nazi. He was tried with other war criminals in the Nuremberg Trail. He was acquitted of the charges by the tribunal. He was retired in a German court in 1949 and sentenced to eight years. Papen was freed after a successful appeal.  He was banned from publishing in any German daily.

On May 2, 1969, Franz von Papen died aged 89 in West Germany. German historians regard him as a despot who diligently served a criminal administration in secret.