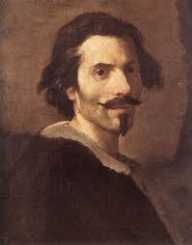 Seventeenth-Century Italian artist, sculptor, and architect Giovanni Lorenzo Bernini was born on December 7, 1598, in Naples, Italy. He was the sixth of thirteen children of sculptor Pietro Bernini and Angelica Galante. Pietro was one of the renowned sculptors of the Italian High Renaissance era. He was famous for his European art style of sculpting called Mannerism.

Glimpses of the genius of Giovanni Lorenzo Bernini were manifested during his early childhood itself. Giovanni's father always encouraged him and gave him art lessons. At the tender age of 10, Giovanni carved out a complete angel’s head from marble stone. As a result, people around him began hailing him as a child prodigy. He earned a lot of admiration for his extraordinary skill from his influential benefactors. They also favored him with all sorts of support. These people started to eulogize him as the Michelangelo of his century.

In 1606, his father moved to Rome from Naples after receiving an assignment of erecting a marble relief in the Cappella Paolina of Santa Maria Maggiore. Relocating to Rome became a blessing in disguise for Giovanni Lorenzo Bernini as his training under the watchful eyes of his father intensified to a great extent. The news about the exceptional talent of Giovanni soon reached the ears of the incumbent pope; Paul V. Giovanni drew an impromptu sketch of Saint Paul to the immense satisfaction of Pope Paul V. The quality of the sketch was sufficient to dispel any apprehension about his talent.

Giovanni Lorenzo Bernini began working under the guidance of his illustrious father during the early second decade of the seventeenth century. In collaboration with his father, Giovanni created many such works of arts, which dates back from 1615-1620. Some of these exquisite works are still in existence, including the likes of Boy with a Dragon (1616-17, Getty Museum, Los Angeles), Faun Teased by Putti (1615, Metropolitan Museum, NYC), the Aldobrandini Four Seasons (1620, private collection) and the recently unearthed Bust of the Saviour (1615-16, private collection, New York).

The nephew of Pope Paul V, Cardinal Scipione Borghese was one of the most affluent and influential people of seventeenth-century Rome. It was the Cardinal who arranged the initial meeting between the Pope and Giovanni Lorenzo Bernini. Borghese became the chief patron of Giovanni. Due to the generous patronage of Borghese, Giovanni could afford to become a leading sculptor of his time within a short period.

Working for the Cardinal, he created some embellishing pieces for the Villa Borghese gardens such as The Goat Amalthea with the Infant Jupiter and a Faun. There were a few figurative busts as well. The statues called the Blessed Soul, and Damned soul created in 1619 are two such examples of metaphorical busts. At the age of 22, he was deemed to be competent and talented enough to be assigned the work of papal portrait. The bust of Pope Paul V created by him is presently at display in the J. Paul Getty Museum.

Giovanni Lorenzo Bernini created four masterly works of art between 1619 and 1625. All these four masterpieces viz., Apollo and Daphne (1622–25), The Rape of Proserpina (1621–22), David (1623–24) and Aeneas, Anchises, and Ascanius (1619) are now proudly on display at the Galleria Borghese in Rome. According to art historian and critic Rudolf Wittkower, these four masterpieces laid the foundation of a new era in the history of European sculpture. Many other renowned scholars supported his view and hailed Giovanni as the most celebrated sculptor of the seventeenth century. He is the inventor of the Baroque style of sculpture and took the form to a greater height during his career.

Besides his many magnificent works in the field of sculpture, Giovanni Lorenzo Bernini was an outstanding architect as well. He looked after the completion of the building of the Church of Saint Peter in Rome after the demise of C. Maderno in 1629. The mighty colonnades built in 1667 enclosing the square in front of the Church of Saint Peter are said to be his most exceptional work in the field of architecture. Among his other works, there are more than 150 paintings which depict the story of the world of mythology and other secular and biblical stories.

Giovanni Lorenzo Bernini enjoyed the favor and support of all reigning Popes during his lifetime. His reputation and goodwill were at an all-time high during the later stages of his life. He received the Cross of the Order of Christ in recognition of his lifelong service. He had an affair with a married woman named Costanza during the 1630s. Costanza was the wife of his workshop assistant Matteo Bonucelli. She later started an affair with his younger brother Luigi. Giovanni chased his brother through the streets of Rome and threatened to kill him after he became aware of the relationship. He later punished Costanza by slashing her face with a blade through his servant.

In May 1639, Giovanni Lorenzo Bernini married Caterina Tezio, a Roman girl nineteen years younger than him. They together had eleven children. He passed away in his home on November 28, 1680, after suffering a heart attack. His mortal remains were interred in the Basilica di Santa Maria Maggiore in his family vault along with the body of his parents.