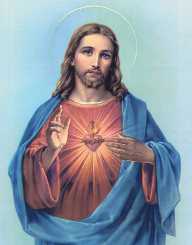 The Christians believe that he was the Messiah that was prophesied in the Bible. To them, he is the son of the Almighty God. He lived on earth from 4 BC to 30 AD according to the Greco-Roman calendar. The most elaborate accounts of his life and ministry are found in the first four books of the New Testament commonly called The Gospels.

Jesus Christ was born in a Jewish family in Bethlehem, Judea. His parents were Joseph of Nazareth and Mary. It is believed that Jesus was conceived by the power of the Holy Spirit. At the time of the conception, Mary was engaged to Joseph who was a native of Bethlehem. As it was the periodical custom, Roman Emperor Augustus ordered all subjects within the empire to be counted from his hometown. Joseph went down to Bethlehem with his wife Mary. Unable to find an inn, they went to a manger where Jesus was born.

The wise men went and worshiped Christ and gave him gifts of Gold, Frankincense, and Myrrh. They were led by a divine star from the east. Most historians refer to Persia as the east. Having passed via Jerusalem, they went away using another route. This was after an angel of God warned them of the intentions of King Herod. King Herod then ordered the killing of any male child below 5 years. Joseph and his family escaped to Egypt led by the angel of God. Herod died and was succeeded by his son Antipas. Fearing Antipas, Joseph took his family to Nazareth where Jesus was raised. This was documented in the book of Mathew according to the Christian Bible.

It was the custom of children to learn the family trade. Jesus became a carpenter after his father. At the age of 14, he was taken to temple in Jerusalem. This was the age when children graduated into adulthood after learning the Torah. After the religious ceremonies, they went back to Nazareth.

Jesus began his messianic ministry at the age of 30. He was baptized by the prophet John, the son of the Temple priest Zechariah. John is believed to have preceded Jesus to prepare the people for his coming. After the baptism, he was tempted by Satan in the Judean wilderness. During this entire period of 40 days, Jesus fasted eating or drinking nothing.

His ministry started in the Galilean region. He concentrated his teachings in Capernaum, a coastal city on the shores of Lake Galilee. In his ministry, he chose twelve men later called his disciples as his helper and companions. His teachings were centered on LOVE. He emphasized the need to forgive, love and help one another without seeking anything in return. Many Jews believed him as their Messiah or divine savior. The Jewish teachers of the Law of Moses hated his teachings. To them, he was creating a revolution that would render them irrelevant. Jesus was a teacher preaching the good news of a heavenly kingdom. He healed many from their sickness, drove out demons from people, and made many other miracles. Unable to discredit him in their public engagements, the teachers or Pharisees resolved to kill him. Using one of his disciples, they planned his capture and death.

Three years into his divine history, Jesus went into Jerusalem for the Jewish Passover feast. This was a feast to commemorate God’s deliverance of the children of Israel from Pharaoh’s Egypt. At the Passover meal, he predicted his death and resurrection to his disciples. He even foretold of Judas Iscariot’s betrayal. Iscariot betrayed Jesus after a payment of 30 pieces of silver. This account can be found in the book of Luke.

Jesus was captured by the Jewish guards in Jerusalem. When the Roman governor Pontius Pilate found nothing wrong with his actions, he handed him back to the Pharisees. They tried, convicted and handed him the death penalty for calling himself the son of God. This was a blasphemous crime punishable by death. Jesus was crucified on a Friday morning. By the late afternoon, he had died and was buried in Jerusalem. Early morning the following Sunday, he had resurrected as he had said. He went on to appear to his disciples in Jerusalem and others as recorded in the Gospels. After forty days, he ascended to heaven as he had predicted.

From a tiny village in Nazareth, Jesus started his ministry that lasted three years. Through his initial twelve disciples, his teachings of forgiveness and love have grown to become the largest religion in the world today.