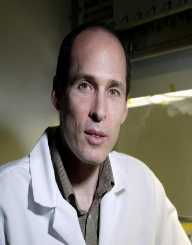 Daniel Nathans was born on October 30th, 1928. His place of birth was in Wilmington, Delaware in the United States. He rose to fame for being a microbiologist who was bestowed with a Nobel Prize in the medical field in 1978. His partners, Hamilton Othanel Smith and Werner Arber also shared this award. They were credited with the finding of restriction enzymes. This was an enzyme that made it possible to break down DNA into small portions, therefore, allowing for enhanced studies into DNA.

Daniel Nathans was born on October 30th, in 1928. His father was called Samuel Nathans. His mother was named Sarah Levitan. Both of his parents were Jewish immigrants who had fled from Russia. Nathans was the youngest of the eight siblings born into the Nathans’ family. Before joining the University of Delaware, Nathans had enrolled with different public schools. It is at the university where he took his chemistry studies seriously. He also studied literature and philosophy. In 1950, Nathans graduated from the university with a Bachelor’s degree in chemistry. He enrolled at the Washington University where he attained his master’s degree four years later.

Immediately after earning his masters, Daniel Nathans worked as an intern at the Columbia Presbyterian Hospital. During this time, he was under the supervision of Robert Loeb. Loeb was a respected individual in the medical field. Later on, Nathans served as the Johns Hopkins University’s president for one year beginning 1995 and ending in 1996.

Daniel worked with Hamilton Smith and Werner Arber, and together they shared the Nobel Prize in Physiology or Medicine. They were bestowed with this award in 1978. This was as a result of the restriction enzymes discovery that they had made. During the early 90s, Nathans was given the National Medal of Science. In honor of his discovery and contribution to the science field, the school of medicine for the Johns Hopkins University announced that they were coming up with the McKusick-Nathans Institute of Genetic Medicine.

Daniel Nathans wife was called Joanne Gomberg. She was a professional lawyer that he had crossed paths with in Bethesda. Together, they had three children.

Daniel Nathans had leukemia which led to his death on November 16th, 1999. He was 71 years old when he passed away.