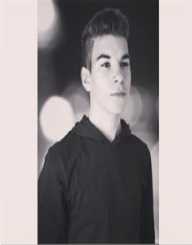 VladTeeVee was born on August 8, 1999, in Romania. He moved to Limerick, Ireland, when he was young.

VladTeeVee created his first YouTube video in 2015. Even though this was not long ago, his videos have already gone viral. In only two years, he went from not having one video online to being a famous social media sensation! The first video that he posted was called Try Not to Laugh Challenge Reaction! This video would go to set the stage for many of his other videos. His YouTube channel is best known for his reaction videos. This is a popular form of video in which the YouTuber watches other videos, and simply shares their thoughts on it. Much of the time, he reacts to videos in funny ways, which is why he has such a big fanbase.

As well as having a YouTube and Musical.ly to post videos on, VladTeeVee uses Instagram as another social media outlet. On this site, he can most more than just videos; he can also post pictures! His fans like his pictures, as well as leave comments on his Instagram page. Many young teenagers think the world of him and his Instagram posts.

VladTeeVee also has a popular Snapchat. Snapchat is an app in which people can send each other short videos or pictures. They can also post these things to their “story” which is another part of the app in which everyone can see what they post instead of sending them a direct message. His name on this app is currently Vladym8.

VladTeeVee has been lucky enough to be signed on with Hello Management. This company focuses on the entertainment industry, and focused on young people in this industry, especially. The company often works with social media stars, as building their online presence is one of their biggest goals. The company matches up to their singers with songwriters, their video stars with filmers, and so on. This company is sure to help Vlad’s career explode. Hello, Management could very well have Vlad saying, “Hello, fame!”

When VladTeeVee is not busy making his many videos online, he likes to do things that any average teenage boy loves to do. He attends high school, spends time with his friends, and he loves to play sports. One of his favorite sports is soccer.