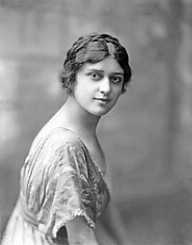 Alma Gluck was born on May 11, 1884. She was an American soprano. She was just a housewife but became one of the greatest opera singers worldwide. She discovered her gift later on in her life but made it worth it became she became famous for the gift that she had inside her. She inherited the love of music from her father; her voice, however, came from her mother. She began her seven year opera career when she was much appreciated in her first performance. Later in her career, she devoted herself to concerts and recordings.

Alma Gluck was born on May 11, 1884 in Iasi, Romania as Reba Feinsohn. Alma Gluck was born into a Jewish family. She was born to Zara and Leon Feinsohn. Her family moved to the United States of America while she was still very young. She began singing later on. The talent of singing she inherited from her parents. After graduating high school, Alma joined Hunter College where she learnt stenography and typing.

After college, Alma Gluck got married and had a daughter, Abigail Marcia. She assumed the role of a housewife and devoted mother until 1906. In 1906, her talent in singing was discovered by an opera composer. The opera composer arranged singing classes for her after he realized that she has a beautiful voice. She was, however, unable to pay for her music classes but her benefactor organized her Arturo Buzzi- Peccia, a vocal instructor. In 1909, after she had become a well-trained vocalist, Arturo organised a meeting with Metropolitan Opera’s manager, Giulio Gatti-Casazza and music director, Arturo Toscanini.

Alma Gluck was auditioned, and she signed a $700 contract with the Metropolitan. In the same year, she made her first stage appearance performing Massenet’s ‘Werther’ which is an opera. Her performance was much appreciated, and she became known to a lot of people. She rose to fame very fast that she was proud of herself. She was however not so interested in opera, and so after her opera debut, she sang her first recital.

By the year 1911, Alma Gluck had become an established concert artist. In 1913, she left Metropolitan to study music in Berlin and Paris. In 1914, she became a famous concert singer in the United States of America. She performed as a recitalist and orchestral soloist. Between 1911 and 1919 she had recorded 124 recitals. Between 1914 and 1918 she became the best selling artist with a recording royalty of $600,000. In 1921, she performed 100 concerts in a season.

In 1902, Alma Gluck got married to Bernard Glick with whom she had a daughter, Abigail Marcia. In 1912, the couple divorced. In 1914, she got married to the violinist, Efrem Zimbalist in London. The couple had two children Maria Virginia Goelet and Efrem Junior. Efrem Junior became an actor, writer, and director. She founded the American Guild of Musical Artists. She died on October 27, 1938, of chronic liver illness. She died in New York at the age of fifty four.