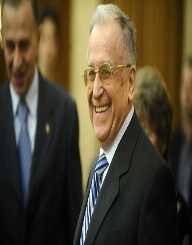 Ion Iliescu was born on March 3rd, in 1930. He is a Romanian politician who earned his fame by serving as the president of Romania for two terms. First, he took charge of the office in 1989 to 1996 and later took over from 2000 to 2004. Aside from this, he was also the Social Democratic Party’s senator.

Ion Iliescu was born on March 3rd, 1930. His place of birth was in Olteni?a in Romania. His father’s name was Alexandru Iliescu. Alexandru was a communist who worked in the railroad. Iliescu went to some institutions while taking his high school studies. He first went to Industrial Polizu High School then later to Spiru Haret High School. He also schooled at Sfantul Sava High School. His communist views were partially inherited from his father. This influenced his decision to enroll with Union of Communist Youth. He joined the group in 1944. He took fluid mechanics classes at the Bucharest Polytechnic Institute.

Upon completing his higher education, Iliescu got a job at the Energy Engineering Institute as a design engineer in 1955. During this time, he had earlier ventured into politics after joining the Communist Party. For some time, Iliescu had apprenticed communists’ ideologies from Nicolae Ceau?escu. Later on, Iliescu was at a great advantage after his mentor, Ceau?escu was appointed as the secretary general of the Communist Party in 1965. During the same year, Iliescu earned himself a spot as the central committee’s member for the Romanian Communist Party.

Over the subsequent years, Ion Iliescu rose up his political ranks more so in the Communist Party. He was at one time appointed to head the Department of Propaganda. For four years beginning in 1967, he was appointed as the Youth Minister.

In 1974, his mentor, Ceau?escu was voted in to serve as the Romanian president. Ultimately, Iliescu was appointed to serve as the Ia?i Council’s president. Considering the political fame that Iliescu had gained all this time, Ceau?escu considered him a huge threat. Therefore, he deprived him of important political duties. Soon, Ceau?escu adopted harsh policies in his government that Iliescu strongly opposed. Consequently, in 1984, he was ousted from his post at the Central Committee.

During the late 1980s, Romania went through several ups and downs. It was during this time when the Romanian Revolution began. Iliescu was among the key leaders in the revolution. Their mission was successful as the eventually defeated Ceau?escu’s administration. National Salvation Front – NSF was later formed following the triumph of the Romanian Revolution. NSF went on to act as the body governing Romania. Iliescu headed the body and therefore was appointed to take over as the acting president in late 1989. Elections were held in 1990, and Iliescu won the elections. This made him the first president of Romania to be elected freely.

In 1991, a new constitution was formed, and in 1992, Iliescu was elected for the second time in office. During his time in office, Iliescu failed to meet the nation’s expectations regarding ensuring that political and economic stability were upheld. This contributed to his defeat in the 1996 presidential elections.

Apart from politics, Ion Iliescu was an author, and he is to be credited for books such as Revolution and Reform – 1993, The Revolution as I Lived It – 1995, Moments of History – 1996 and several others.

Iliescu never gave up after his first defeat. In 2000, he competed for the presidential seat and won the elections by beating his rival Corneliu Vadim Tudor. His term came to an end in late 2004.

In 1951, Ion Iliescu tied the knot with Nina ?erb?nescu. The two do not have children.