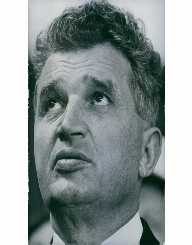 World War Two, the most devastation conflict humanity has ever seen, divided the world into capitalist and communist nations. The latter would become known as the “Eastern Bloc.” A number of them had particularly oppressive regimes. One of them was that of the Socialist Republic of Romania, under the infamous Nicolae Ceausescu

Nicolae Ceausescu was widely regarded as an eccentric, impractical and brutal dictator who led the country to economic collapse. Under his dictatorship, some of the hideous atrocities the world had ever seen were implemented. He left the country in a state of poverty, famine, massive civil rights abuse. His ruthless policies eventually led to his death sentence carried out by a firing squad, in 1989.

Nicolae Ceausescu was born on January 26, 1918, to a humble family of peasants in the town of Scornicesti, on the outskirts of Bucharest. It would be safe to assume that his early years played their role in Ceausescu's iron-fist political rule; he lived in poverty, with limited access to education.

He tasted work from a very early age, which would be considered criminal by modern standards. His life undoubtedly made him charmed by the idea of Communism and the possibility of justice for the worker class. Unsurprisingly, he joined the Union of Communist Youth, in 1932. Nicolae would quickly rise in the ranks of the movement.

The Communist Party was illegal then, so his activity got him prison sentences twice, under severe conditions which also put their mark on the young communist.


Leaving Prison Into A Political Career

In 1944, the balance of power of WW2 was shifting against the Axis. The USSR was creating one satellite state after another. Romania was on the inevitable path of becoming a communist state. It was in fact shortly before the Soviet occupation that Nicolae Ceausescu escaped prison and once again joined the Communist party.

During his years in prison, he became very close with Gheorghe Gheorghiu-Dej, who played a decisive role in forming Nicolae's ideological feelings. Gheorghe was a prominent Communist leader, a stern revolutionary, who found a real comrade in Ceausescu. He taught him communist principles and eased his way into the Communist Party.

After the full advent of Communism in Romania, Ceausescu became regional secretary of the Communist Party in a pair of regions in the country. This quickly opened his way into becoming Minister of Agriculture in the years of 1948-1950. Just two years later he became a member of the Communist Party Central Committee.

By then he had also reached the military rank of major general and served as deputy minister of the armed forces. The political climb did not stop; Ceausescu quickly rose the second in the Communist Party hierarchy. It is important to note that 1961 saw the Romanian version of "National Communism." This was an attempted opposition to the policies of the Soviet Khrushchev.

Following Gheorghiu-Dej’s death, Nicolae Ceausescu became the first secretary of the Party and president of the State Council (later to be called just „President”). Thus, he began tightening his grip on the power in Romania.

As supreme leader, his rule was characterized by an independent foreign policy (which reminds us of the aforementioned „National Communism"). It differed from that of the other Eastern European countries, members of the Warsaw Pact.

Nicolae Ceausescu sought after warm relations with Israel, the USA, and China, which was direct opposition to Moscow. Ceausescu condemned key Soviet foreign policy actions, such as the invasions of Czechoslovakia and Afghanistan. In an attempt to improve the image of Communism in the country, he even renamed the latter – from „People’s Republic of Romania” to „Socialist Republic of Romania.” All this won him great popularity amongst the Romanian people.

Internal Affairs And Fall Of Popularity

Despite the popular support he received thanks to the independent course Romania took the opinion of him quickly deteriorated. He implemented a great number of unpopular policies which shattered his image of an adequate leader. Ironically, he took the first step to his downfall. His desire to warm ties with the West led to him indiscriminately taking loans from Western countries.

This was initially hailed as marvelous politics, as the Romanian economy of 1974 was 100 times greater than that of 1944. This policy, though, quickly almost led to the full collapse of the economy. Loans eventually had to be repaid, and Ceausescu turned this into the main Romanian political course. He wanted to achieve that by exporting most if not all of the Romanian production.

Even this move was not enough to repay the loans, as Romanian products were not as competitive. A referendum of 1983 ended foreign loans in Romania. Later, though, he implemented extremely tough austerity measures. Among them were food through coupons, tickets for gas, electricity only at certain hours of the day. Living standards shrank and so did his popularity.

Nicolae Ceausescu was not an exception to the rule that dictators suffer from paranoia. The Securitate, Romania's secret policy, conducted tight control over the people and their right to free speech. Mass surveillance was the rule, and no area of the public – or even private – life was left uncontrolled and unchecked.

One of the common features of Communist dictatorships was the cult of personality – Ceausescu fell into that category, too. He was shown on the media; his face was hanging on kindergarten walls, public buildings, and homes. Nepotism (installing family members in positions of power) is never too far from the cult of personality; family members received high-ranking positions. Most notable was the case of his wife, Elena, who received the title „Mother of the People".

One of the most infamous laws the dictator implemented initially had a positive, in Ceausescu’s terms, goal. It was a series of decrees which made abortions and contraception illegal to increase the population. Very quickly, though, the monitoring of childbearing age women led to the latter taking unorthodox measures. This led to a drastic increase in maternal mortality rates.

Divorces were made extremely hard, and couples without children paid extra taxes. AIDS was also on the rise in Romania, but Ceausescu refused to accept this fact. No tests for the virus were conducted in the country for blood donors. This quickly puts Romania second in Europe regarding children having AIDS.

The inevitable downfall of the ruthless dictator happened in 1989 when he was arrested and sentenced to death. Eastern Europe was witnessing the fall of Communism with one government being toppled after another, into a series of revolutions.

All revolutions, however, were peaceful; all, except one – that in Romania. The extreme austerity measures, the hunger and the inadequate cult of personality took their toll on the Romanian people. Revolt after revolt led to the inevitable arrest of Ceausescu and his wife.

They were hurriedly sentenced to death and executed by a firing squad on December 25, 1989, ending the life of one of the most ruthless dictators Europe had ever seen.