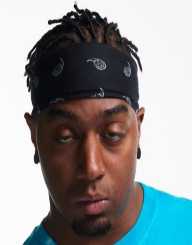 Marlon Webb is an internet sensation who became renowned for his comedic vine work on Facebook, Instagram and his 6- second video vine platform. He has more than 370K followers on Facebook, 466K on Instagram, over 60K on YouTube and 1.2 million on Vine before it got shut down by Twitter. His vine channel was a success, and many people had subscribed to it.

Marlon Webb was born on May 10, 1991, in Templeton, Massachusetts, USA. Her mother is Tonya Webb. Not much is known about his background and family though. It is however known that he was a happy child and grew up in a loving and caring family that gave him all the support he needed. From an early age, he loved to entertain others with his jokes.

Marlon Webb was an excellent student and did so well in academics. After high school, he got admitted to a renowned university to study Visual Performing Arts which would later help him greatly in his career. At university, Marlon played football and also took part in various university competitions. He created his vine account while still in college on which he posted comedic videos that took 6 seconds each.

Marlon Webb became famous because of his vine channel. Instagram too contributed to his success. His channel's success helped him reach a broader audience through Instagram. In 2015, he went around Los Angeles streets giving live performances, the same as those in his videos. The performances were based on 1980's classic comedic kicks set, 'Take on Me' by A-Ha. The performance was later posted on Facebook, and it got viewed more than 13 million times.

In 2016, Twitter declared that it would disable new posts on their Vine site in 2017. Vine will, however, continue to feature previous content that had been posted earlier. As a result of this, Marlon began to focus on other short video blogging to grow his career. He currently posts comedic videos on his social media accounts.

Marlon Webb has been known to keep good relationships with his co-stars. The 26-year-old vine star is currently single. He keeps his personal life very private, and so little is known.

Marlon Webb often goes around Los Angeles entertaining his fans. He also frequently works with Arberi Ferraj, a vine comedy star. Some of their videos got two million views on Instagram.