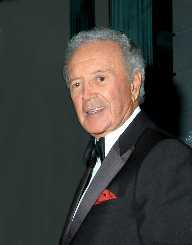 American singer Perry Como was born Pierino Ronald Como on the 18 May 1913 in Canonsburg, Pennsylvania in the United States. He was the son of Italian immigrants Lucia Travaglini and Pietro Como, the 7th child born into a large family.

His father was musical and encouraged his children to take music and singing lessons, even though the family was of modest means.

When Perry Como was in his early teens, his father fell ill and was unable to work. Como and his brothers did various jobs to help with the family budget.

Musically gifted, by the time he was in his teens, Perry Como could play some different instruments. He played the trombone in the local brass band, the organ in the church and sang at social events.

Perry Como eventually became a member of the Canonsburg Italian Band.  After being invited to join the Ted Weems orchestra, he remained with the band for six years, singing on many of their popular hits. He trained as a barber and gained a reputation as a singing barber.

After giving up his work as a barber, Perry Como joined the Freddie Carlone Orchestra. He was then invited to join the Ted Weems orchestra (1937) who were based in Chicago.

The orchestra received nationwide radio coverage, and they toured extensively but eventually broke up when World War II broke out. He returned home to Canonsburg and for a short time worked as a barber, but eventually, CBS radio offered him a weekly show.

Perry Como then signed a contract with RCA which lead to the recordings of many hits including I’m Always Chasing Rainbows, Did You Later and Some Enchanted Evening. During the 1940s and 1950s, he had numerous hits, and he also appeared on film. In the late 1940s, he was on television in The Chesterfield Supper Club. By 1950 had his show The Perry Como Show. The hour-long weekly show ran on CBS from 1950 until 1955 then moved to NBC where it from 1955 until 1963.

He also hosted television specials including a traditional Christmas show. In the 1970s, he performed in sold-out shows in Las Vegas and then toured nationally and also had a massive hit with It’s Impossible.

He was also the recipient of the Recording Industry Association of America’s first Gold Disc Award for his recording of Catch a Falling Star.

He was also the recipient of a Kennedy Center Award for Outstanding Achievement in the Performing Arts which was presented to him by President Ronald Reagan.