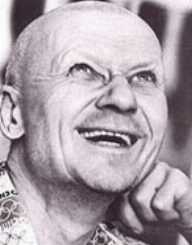 Andrei Chikatilo was a Ukrainian criminal who was responsible for killing and raping over fifty-three women. He committed the crimes between 1978 and 1990; most of his victims were minors.

Andrei Chikatilo was born in Yabluchne village in Ukraine on 16 October 1936. He was born during a time when Ukraine was undergoing a major famine. His family lived in poverty and would often go without food. He once claimed that the first time he ate bread was at the age of 12. He claimed that the family had to eat grass and leaves to survive.

His mother told Chikatilo that his older brother had been cannibalized by his neighbors at the age of four. The authenticity of the claim was never proved. His father entered the army after the Soviet Union joined World War II, he was wounded during the war and was taken as a prisoner.

Andrei Chikatilo witnessed the effects of the Nazi in Ukraine. He was able to escape death with his mother by hiding in ditches and cellars. At a young age, Chikatilo faced corporal punishment on a daily basis for wetting the bed he used to share with his mother after their house had been burnt down.

He later gave birth to a baby girl who is believed to have been the result of the mass rape of women by the German Army.

Andrei Chikatilo began school in 1946. He was a notably physically weak student and would regularly faint from what is believed to have been as a result of hunger. On many occasions, he was the target of the school bullies who took advantage of his timid nature and physical stature.

Her younger sister later described her mother as a harsh and unforgiving parent and their father, on the other hand, was a kind and understanding man. Over time, he developed a desire for reading and memorizing data. According to his teachers, Chikatilo was a disciplined and hardworking student.

During his adolescence stage, Andrei Chikatilo became a model student in school. At the age of 14, he became an editor of a school newspaper and was elected two years later by fellow students to head the pupils' Communist committee.

He later became the only student from his neighborhood to complete school, graduating with an excellent grade. Chikatilo then discovered that he had an impotence problem which worsened his self-esteem. He was never comfortable in the company of women.

He later enrolled for an exam with the intention of getting a scholarship to Moscow State University. He was however rejected since his grades were deemed not to be good enough to warrant him the scholarship.

He later travelled to Kursk City where he worked as a casual laborer. He left the job three months later to train as a vocational technician. It was during his time in college when Chikatilo had a relationship with a girl who was two years younger. The two, however, broke up after several attempts of failure in sexual intercourse because of Chicharito's impotence.

Andrei Chikatilo moved to Rodionovo-Nesvetayevsky in 1960 where he worked as a telephone engineer.  He stayed with his younger sister who introduced him to Fayina, her friend who later became his wife in 1963.

In 1971, he switched to teaching where he found a job in a primary school. He kept moving from one school to another following a series of complaints of child assault. He, however, settled in Shakhty school, a mining school near Rostov.

Andrei Chikatilo committed his first documented murder in 1978. It involved a nine-year-old girl. He attempted to rape her, but the girl died as a result of choking and several stabs to her abdomen. Aleksandr Kravchenko, however, was jailed for the act.

Chikatilo claimed that he experienced sexual arousal and orgasm after killing the girl. Larisa Tkachenko, 17 became his next victim.

It was in 1983 when Major Mikhail Fetisov took over the investigation and narrowed down his investigation to the reported sex offenders. A further investigation showed that the killer's blood type was AB.

Chikatilo was arrested for behaving indecently in a bus stop but was never suspected of being a killer. He was jailed for three months before being released.

Andrei Chikatilo was later arrested on 20th1990, and after few denials, he later confessed to a psychiatrist. He gave every detail of his killings. He claimed to have taken 53 lives.

An examination confirmed that he was fit to face trial. The judge later found him guilty of 52 murder charges. He was executed on 14th February 1994.