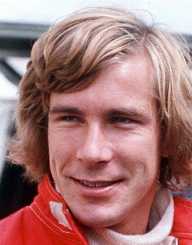 James Hunt had a London Stockbroker as his father, who was named Wallis Hunt. His mother was Sue Hunt. He was born in Belmont in the month of August 29th, 1947. He also had four younger siblings and an elder sister.

He got into Westerleigh School, Hastings in the year 1955 before heading on to Crowthorne, Berkshire to attend Wellington College. He enjoyed tennis as well as squash as a youngster.

Just before he turned 18, he got exposed to a car race and he was lit up by the zeal to become a car racer at the professional level. Although his parents were against him on this, James refused to be dissuaded. He took the hard way by working odd jobs so that he could buy a pre-owned Mini.

Rather than lose focus, James worked for a telephone company and filled the position of a trainee manager. This was an avenue for him to get the necessary funds for his dream. While he tried his hands on a couple of races at the beginning, he got involved in major accidents which frightened him.

James gradually overcame the fears but ended up throwing up in the garage after winning a race.

By the year 1968, James Hunt competed in the Formula Ford and used a Russell-Alexis Mk 14 race car. He was placed 5th during his first attempt but this did not deter him. He won the Lydden Hill race and this was his first win. While competing at the Brands Hatch short circuit, he was successful at setting a lap record.

He was at the Formula Three in 1969, using the Merlyn Mk11A race car. He took on a count of wins thereafter, and was on his way to huge acclaim.

By 1973, James Hunt was in the Hesketh team but failed in the Formula Two series. At the prodding of Lord Hesketh, he was signed up for the Formula One. He used Hesketh March 731 race car during the competition. He was placed second in the United States Grand Prix that held in 1973.

James also won the BRDC International Trophy non-Championship race in 1974, which was held at Silverstone. In the following year, he came out tops at the Zandvoort Dutch Grand Prix. As Hesketh’s funds dipped, James headed to McLaren as he prepared for the next season.

James Hunt got on the McLaren field easily and was able to get a place in no time. He was already tempered at this time and stopped being emotional while driving. He won the next two races which held in the new season. Out of the count of 16 Grand Prix tourneys that held next, he won 6.

James Hunt soon turned out to be a fan favorite and his boyish image was a good incentive. His winning ways was soaring and he had a good time with the ladies and went on drinking binges. He had the most remarkable year in 1976 with the McLaren M23. He held the record as the last F1 race champion of British heritage till Nigel Mansell emerged in 1992.

However, James had a turn of fortunes in 1977 with a bad start to the racing season. He turned this around by the end of the year as he trounced all opposition. He was tops at Watkins Glen as well at Silverstone. He was placed 5th at the world championship but he won the Fuji race.

James Hunt was unsuccessful at the world championship in 1978 as his McLaren M26 was rather on the slow response side this time. He left the McLaren team in 1979 and signed up for Walter Wolf Racing outfit. After competing in a few more races, he realized that his race car was poorly built. He hung his boots in June 1979.

After his string of successes and bad turn at Walter Wolf, James’s interest in the sport was tuning full-cycle. He channeled his energies instead to race commentary for the BBC. James Hunt was on the commentary role for the next thirteen years till he died.

James Hunt was awarded Campbell Trophy in 1973 for the best British performance in the F1. He also got the 1976 Tarmac Trophy in addition to monetary award of value £2500 by the Duke of Kent. His entire haul of Grand Prix trophies was ten during his lifetime. Six out of this was during his stay as a member of the McLaren team.

James Hunt wedded in the month of October during the year 1974 to Suzy Miller. They divorced thereafter and James won a settlement of $1 million. He found love again in December 1983 and married Sarah Lomax. Their union gave rise to Tom and Freddie, their two children. In November 1989, they divorced.